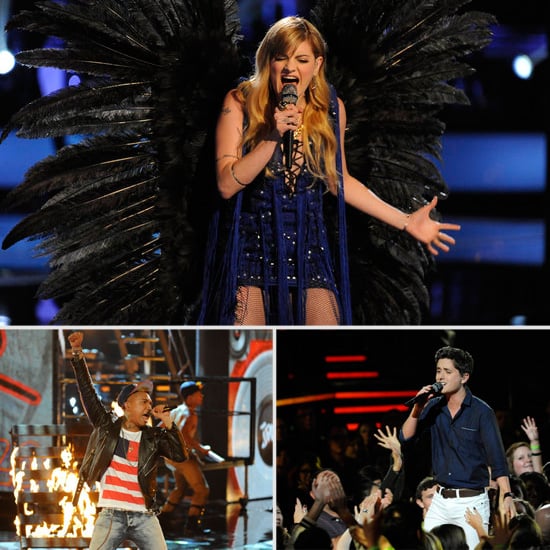 The Voice: See Who Was Cut and Vote For Who Deserves to Go Home

It's the second week of quarter finals on The Voice, and between the retro vibe of the dance numbers this week and last week's "Saturday Night Glee-ver," I'm wondering if there's some disco dust in the TV water. In any case, another week, another sudden elimination for Cee Lo and Adam's teams. Tears were shed, feathers were dropped from the ceiling, and the judges were either kind of buzzed or really involved in some inside joke. Check out all the action on this week's episode, starting with the eliminated contestants!

Previous Next Start Slideshow
The VoiceTV
Around The Web

Beauty News
Stand By: There's a WandaVision Makeup Collection Coming to Ulta This Month
by Danielle Jackson 3 hours ago

TV
Watch the Trailer For Netflix's Sky Rojo, the New Show by the Creators of Money Heist
by Irene San Segundo 4 hours ago

The Tonight Show Starring Jimmy Fallon
John Legend Recapped the Pandemic With a Beauty and the Beast Spoof, and I Feel Seen
by Grayson Gilcrease 8 hours ago

John Legend
John Legend Doesn't Usually Turn For His Songs on The Voice, but This Artist Changed His Mind
by Kelsie Gibson 10 hours ago