After last week's snoozy challenge, I was happy to see Project Runway step it up a notch. In their final challenge at Parsons, the designers were asked to create an outfit inspired by the greatest show on earth — the circus. Before the designers even hit Mood, I could see the bold colors and stripes. And sure enough, that's what we got. 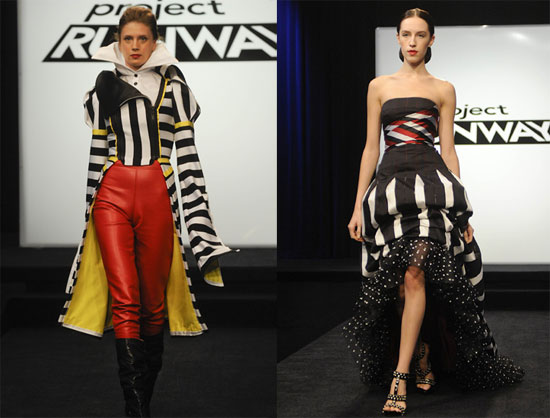 Some of the looks were fabulous, others too costumey, but none were dull. In the end two designers are a shoo-in for Bryant Park, while two others will have to compete for the third spot. I know who of the two I'm voting for, do you? And were you happy with the episode as a whole? Vote now and sound off in comments.

P.S. Always remember "do not wear Gucci drivers to the mountains." Thanks Anthony!

Holiday
The One With 24 Little Doors: This 2020 Friends Advent Calendar Is Full of "Central Perks"
by Chanel Vargas 11 hours ago

HBO
The Undoing: 3 Theories For Who Could Be Responsible For Elena's Death
by Monica Sisavat 8 minutes ago

Adele
Adele Says Hello From the SNL Stage in a Sweet, Swear-Free Opening Monologue
by Brea Cubit 21 hours ago

Adele
Adele Played a Bachelor Contestant on SNL, and Now We Really Want It to Happen in Real Life
by Grayson Gilcrease 23 hours ago