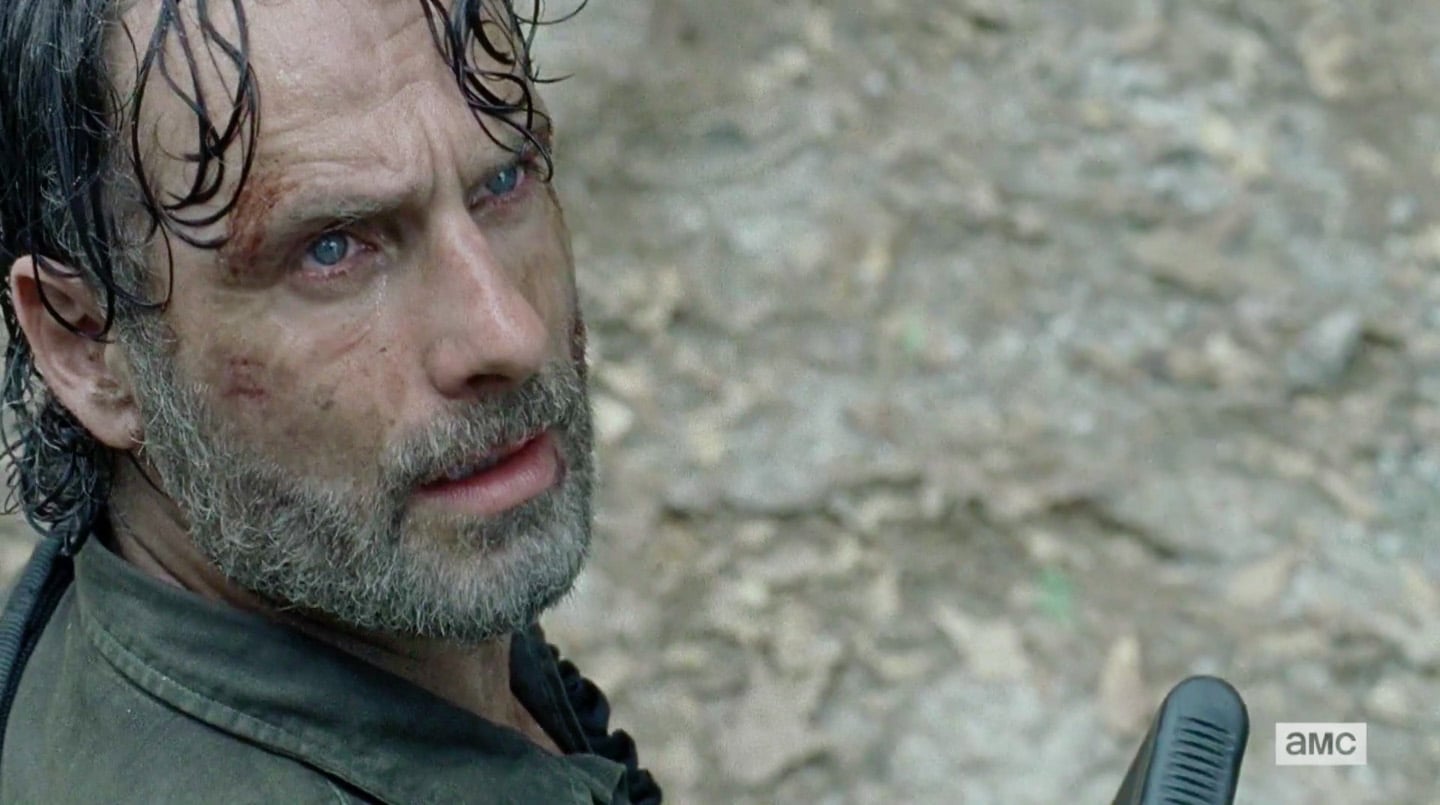 Warning: Spoilers for The Walking Dead ahead.

Near the end of Sunday's "The Big Scary U" episode of The Walking Dead — after Rick and Daryl have their slugfest and head off in opposite directions — Rick sees a helicopter flying overhead. Given that everything means something on The Walking Dead and that a helicopter sighting is a huge development on a show where the main characters have no idea how much of the world has been wiped out by walkers, it's a safe bet that we'll see it again. Call it Chekov's Helicopter.

But what does it mean? Who's in it? And where is it going? We have three theories:

1. Someone From Fear the Walking Dead

At New York Comic-Con in October, The Walking Dead creator Robert Kirkman said that there is a crossover in the works between The Walking Dead and companion series Fear the Walking Dead with a character moving from one series to the other. The helicopter could be the mechanism for that.

@AMCTalkingDead @WalkingDead_AMC I wonder if that's the helicopter that crashed with Madison and Alicia in it in FTWD just after Travis is killed.

The main characters of The Walking Dead have spent the last few seasons near Alexandria, VA, which is located only 10 miles south of Washington DC. The show has never ventured into DC, so it's entirely possible there are people there — maybe even a functioning federal government — who have access to a helicopter.

There is an unidentified flying object clearly visible in Rick's background during a scene at Jadis's junkyard last season in The Walking Dead, and Rick is going back to the junkyard next week to try to get Jadis to join his effort against Negan and the Saviors. Many fans wrote off the UFO as an uh-oh actual flying object that the editors didn't catch, but that's a little murkier now.

Netflix
After That Major Plot Twist, Pretty Smart Has to Be Getting a Season 2 — Right?
by Madison Tyler 2 days ago