The Walking Dead cast filled up Hall H at Comic-Con, and they rewarded fans with lots of good stuff, including the world premiere of the season four trailer, hints about the upcoming season, and lots of witty banter. The human relationships were the hot topic during the panel for the zombie show, whether it was romantic, friendship, or parental. Keep reading to get the cutest and most illuminating quotes from cast members like Andrew Lincoln, Danai Gurira, Lauren Cohan, David Morrissey, and Norman Reedus — and see the brand-new trailer yourself! 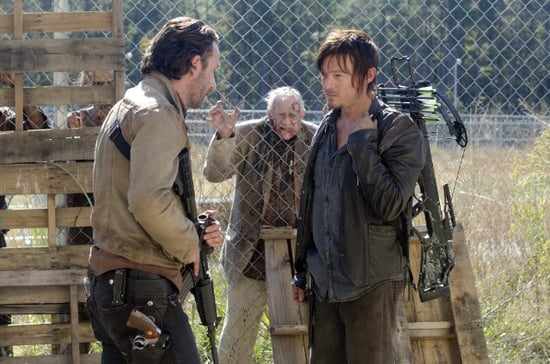 Watch the trailer for The Walking Dead season four, which premieres Oct. 13, after the jump.