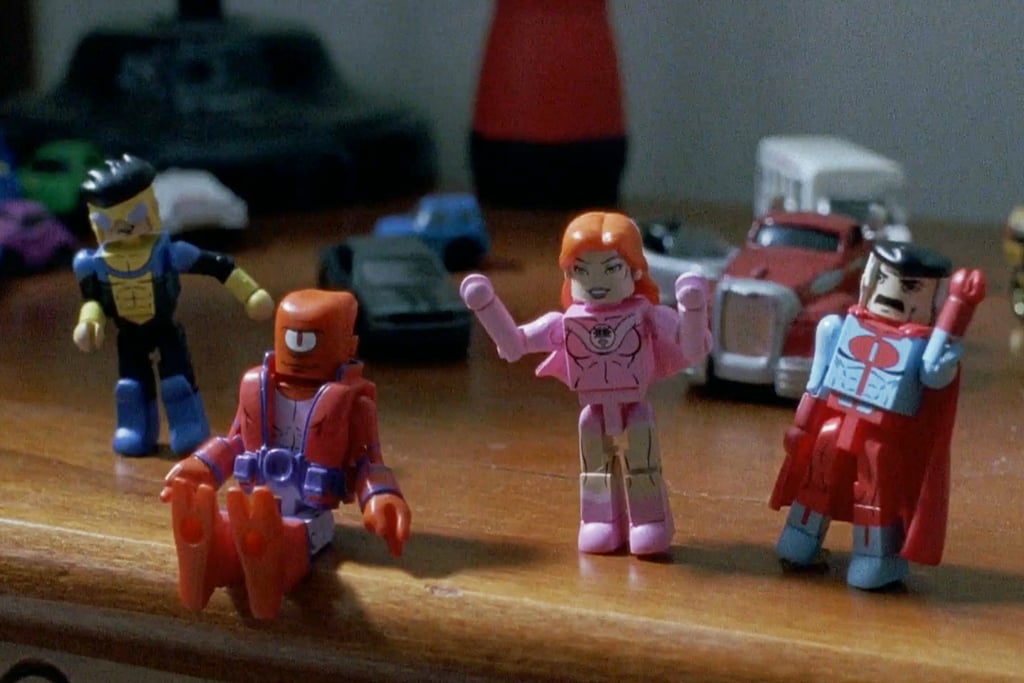 The Walking Dead is Robert Kirkman's biggest comic series, but it's not his only one. The talented creator seized an opportunity to sneak in a reference to another one of his book series during The Walking Dead's midseason finale. To the average viewer, this may have seemed like a throwaway shot, used simply to set the opening scene. Then again, the average viewer would be wrong! In reality, these toys are versions of the characters from Kirkman's Invincible series. From left to right, there's Invincible, Allen the Alien, Atom Eve, and Omni-Man. Fascinating, right?

Image Source: NBC
The Walking DeadTV
Around The Web

Summer Fashion
Molly's Vacation Style on Insecure Is the Perfect Mix of Sexy, Comfortable, and Beachy Chic
by Perri Konecky 18 hours ago

Netflix
Filthy Rich: A Look at Businessman Les Wexner's Life and His Relationship to Jeffrey Epstein
by Hedy Phillips 21 hours ago