The trailer for Warm Bodies puts a new spin on forbidden love — instead of Romeo and Juliet, we're getting zombie and human. Zombies may not be as romanticized a supernatural creature as, say, vampires, but when the zombie in question is played by Nicholas Hoult, I might be rethinking my view of the undead. Hoult stars as R, a flesh-eater in a world where zombies are rampant. He falls in love with Julie (Teresa Palmer) at first sight, and their love for each other slowly begins to change the zombie race. Understandably, her family doesn't approve of their relationship, especially her father (John Malkovich), who happens to be the man in charge of wiping out the zombies. 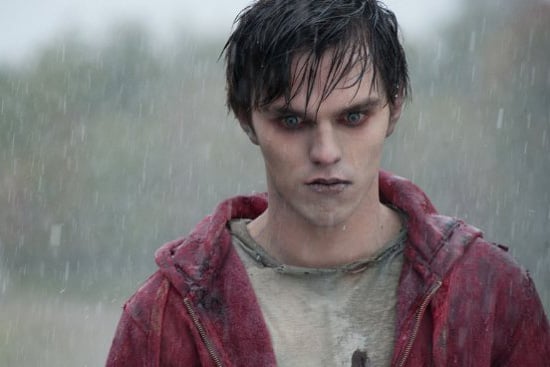 The film, based on Isaac Marion's popular novel, may be filled with bloodthirsty creatures, but you can't deny that the trailer has a certain charm to it. It's quirky, and the love story feels fresh and original. I've had a crush on Hoult, who audiences may remember from About a Boy, since seeing him all grown up on the UK's Skins. Though they're an odd pair, I also love Rob Corddry as R's grunting sidekick, and truth be told, I'll see pretty much any movie that features Dave Franco. The movie is set to open Feb. 1, and you can check out the trailer after the jump.

Netflix
After We Collided: If History Repeats Itself, This Is When the Movie Could Hit Netflix
by Monica Sisavat 10 hours ago

Sarah Jessica Parker
The Hocus Pocus Cast Reunited to Put a Spell on You Ahead of Election Day: "Make Them Vote!"
by Chanel Vargas 13 hours ago

Halloween
Need a Good Laugh? Watch This TikToker Nail Every Character in Your Favorite Movies and Shows
by Yerin Kim 18 hours ago