Definitely not to be confused with the newly released Miley Cyrus tearjerker The Last Song, Renee Zellweger bonds with Forest Whitaker and shows off her pipes in My Own Love Song. The film, which is set to premiere at the upcoming Tribeca Film Festival, follows wheelchair-bound Jane (Zellweger) on a journey to reunion with her estranged young son. Joey (Whitaker) plays her quirky sidekick who has a few troubles of his own. 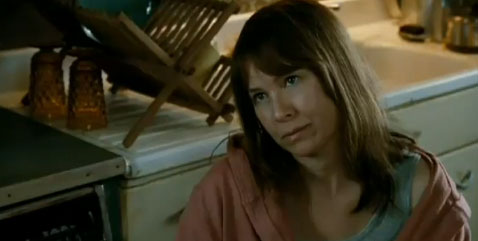 The trailer looks sad, sweet, and just a little bit precious (the Juno-esque cartoon-drawing interludes are starting to wear on me), but it's hard not to be intrigued when you've got two Oscar winners in the leading roles. As an extra bonus, the film features new music from Bob Dylan (and yes, we get to hear Zellweger's own singing voice as well). Check it out when you read more.

Disney
Here's Your First Look at Halle Bailey as Ariel — Complete With the Mermaid Tail!
by Monica Sisavat 21 hours ago

Lin-Manuel Miranda
In the Heights Has So Many Amazing Numbers, but the Postcredits Scene Is Extra Sweet
by Kelsie Gibson 23 hours ago