When I think of Siberia, two words come to mind: cold and remote. The trailer for The Way Back, which is set in Siberia in 1940, certainly plays up both of those conditions. The film, which is based on the memoir by Sławomir Rawicz, follows three soldiers (Ed Harris, Jim Sturgess, and Colin Farrell) as they escape from a Soviet labor camp. The break out is just the beginning of a long trek that includes climbing the Himalayas as they seek a passage through India to safe territory. 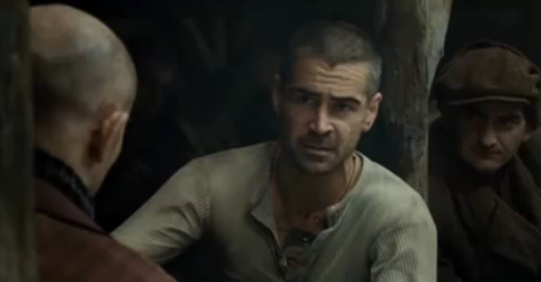 This preview has "epic" written all over it: epic journey, epic music, epic true story. But will the inspiration be overshadowed by bleak overtones? The trailer looks heart-pumping and gut-wrenching, which is enough to get me to the theater. (My big crush on Jim Sturgess may or may not play a small part as well). See it for yourself after the jump.