I hate to say it, but: another one bites the dust. CBS has just cancelled We Are Men after it aired only two episodes. Additionally, CBS is giving 2 Broke Girls its old time slot to replace it, shifting 2 Broke Girls from 9 p.m. up to 8:30 p.m. The Jerry O'Connell/Kal Penn/Tony Shalhoub comedy, We Are Men, is only the second show to get the axe this season, after Lucky 7, and you can see the current status of what else has been renewed this season here. 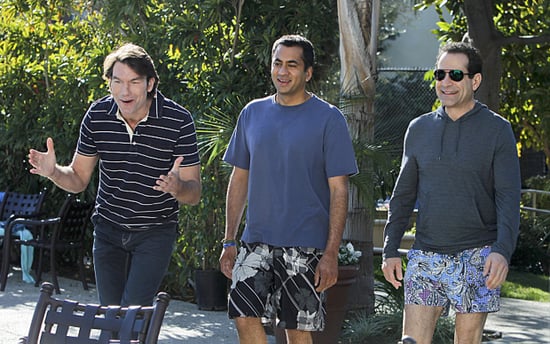 Adele
Adele Says Hello From the SNL Stage in a Sweet, Swear-Free Opening Monologue
by Brea Cubit 17 hours ago