Daniel Radcliffe continues to fill his acting résumé with interesting choices, distancing himself further and further from his Harry Potter persona. Kill Your Darlings is no exception, in which he plays beat poet Allen Ginsberg. But it's not just the fact that Radcliffe is playing a real-life literary figure in the 1940s that's so intriguing; rather, it's all the things that Radcliffe does in the role that's eyebrow-raising. This isn't the first time Radcliffe has pushed the envelope (remember when he went full-frontal for stage play Equus?), but in Kill Your Darlings, he goes so far that it's easy to forget that he was once just a sweet boy wizard with a very important task. Curious? Here are a few things that Radcliffe does in character that would shock Ron and Hermione. 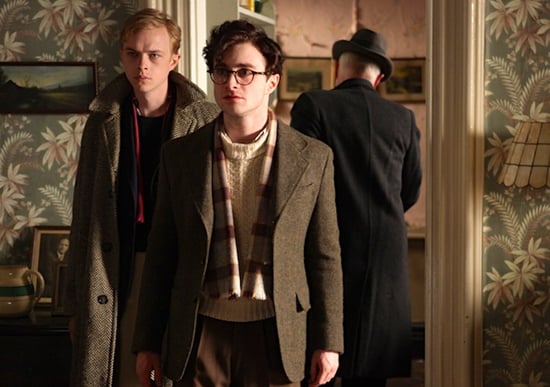 Find out what else Harry Potter Daniel Radcliffe does (spoiler warning!) after the jump.

Netflix
The Holiday Season Has Officially Begun, and Netflix's 90+ November Titles Are Ready For You
by Mekishana Pierre 5 hours ago