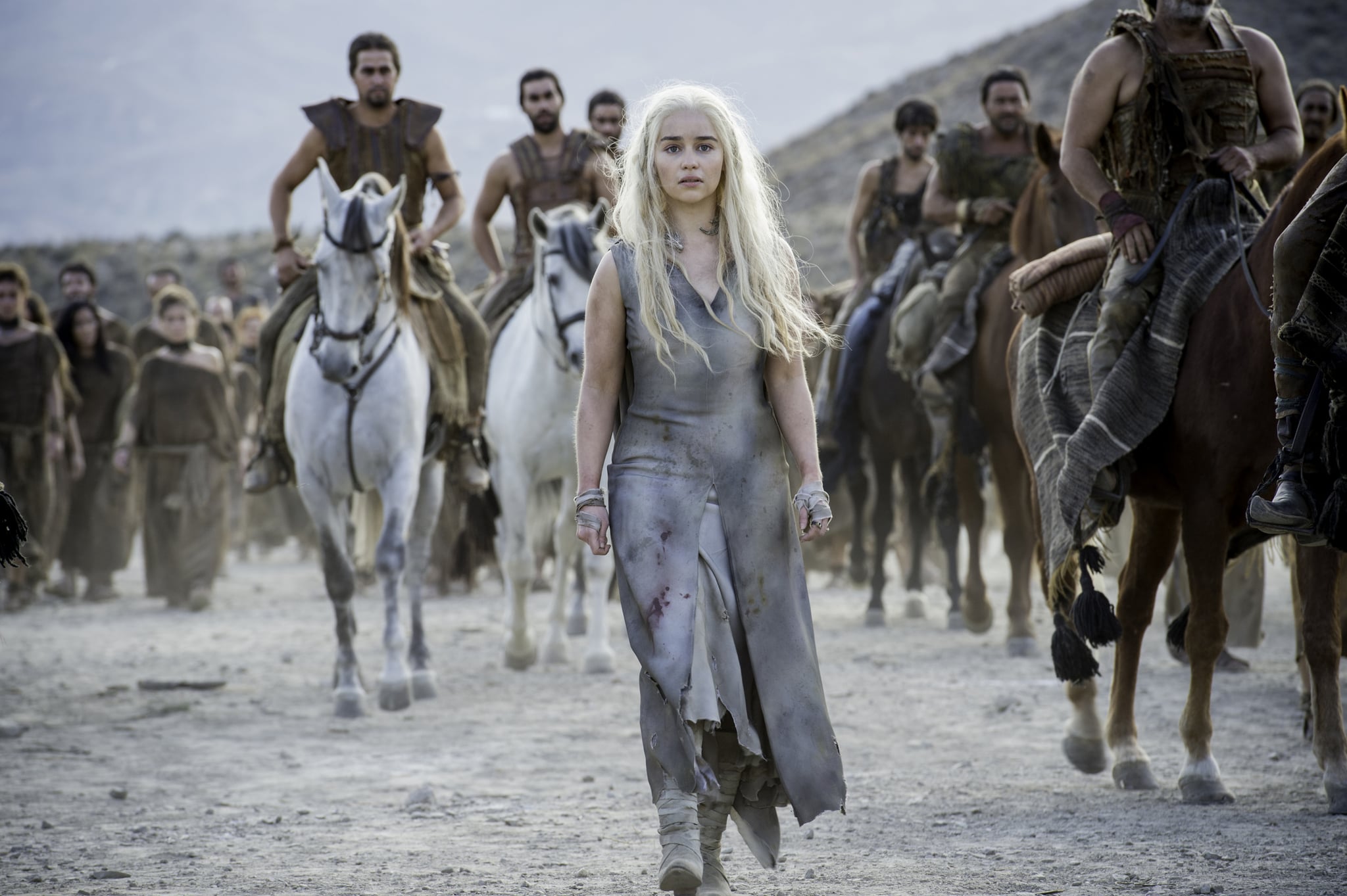 Daenerys is no longer the timid girl we met in season one of Game of Thrones. She's always been a badass, but we love that she introduces herself with a mouthful of titles: "Daenerys Stormborn of the House Targaryen, First of Her Name, the Unburnt, Queen of the Andals and the First Men, Khaleesi of the Great Grass Sea, Breaker of Chains, and Mother of Dragons." We've been reminded of her many names over the seasons — memorably when Missandei introduces her to Jon Snow in season seven — but what do they all mean? Daenerys doesn't just tack some titles onto her name to sound fancy; each of her titles signifies an aspect of her birthright or her accomplishments.

Daenerys was born on Dragonstone, the rain-tossed, Valyrian-built castle in Blackwater Bay that had once been Stannis's place of residence. On the night of Daenerys's birth, a massive storm battered the castle, so she became known as Daenerys Stormborn.

First of Her Name

Rulers of Westeros were sometimes named after previous kings and queens. The Mad King Aerys, for example, was actually the second Aerys Targaryen to sit on the Iron Throne. "The First of Her Name" signifies that Daenerys is the first queen named Daenerys to rule the Seven Kingdoms.

Back on season one, Daenerys steps into the funeral pyre of Khal Drago and emerges unscathed. The act is considered a miracle, and the Dothraki who witnessed her walk through fire dub her "The Unburnt."

In her quest to liberate Slaver's Bay, Daenerys incites a slave revolt in the city of Meereen and enters as a liberator. She assumes the throne in the Great Pyramid at the heart of the city, and becomes the Queen of Meereen.

Queen of the Andals and the First Men

Khaleesi of the Great Grass Sea

The Great Grass Sea refers to the steppes and plains in Essos inhabited by the Dothraki. When Daenerys marries Khal Drogo, who commands the largest khalasar, or legion of Dothraki, she becomes Khaleesi of the Great Grass Sea. Upon his death, Daenerys steps up as leader of Drogo's remaining khalasar.

Daenerys sets out to liberate the whole of Slaver's Bay before she leaves for Westeros. As she frees the slaves in the cities of Astapor, Yunkai, and Meereen, she becomes known among the freedmen as the Breaker of Chains.

Dragons had been thought to be extinct for generations, but when Daenerys takes her fossilized dragon eggs into the funeral pyre of Khal Drogo, three baby dragons hatch. People consider Daenerys to be the mother of dragons, as she hatched the first dragons in centuries.