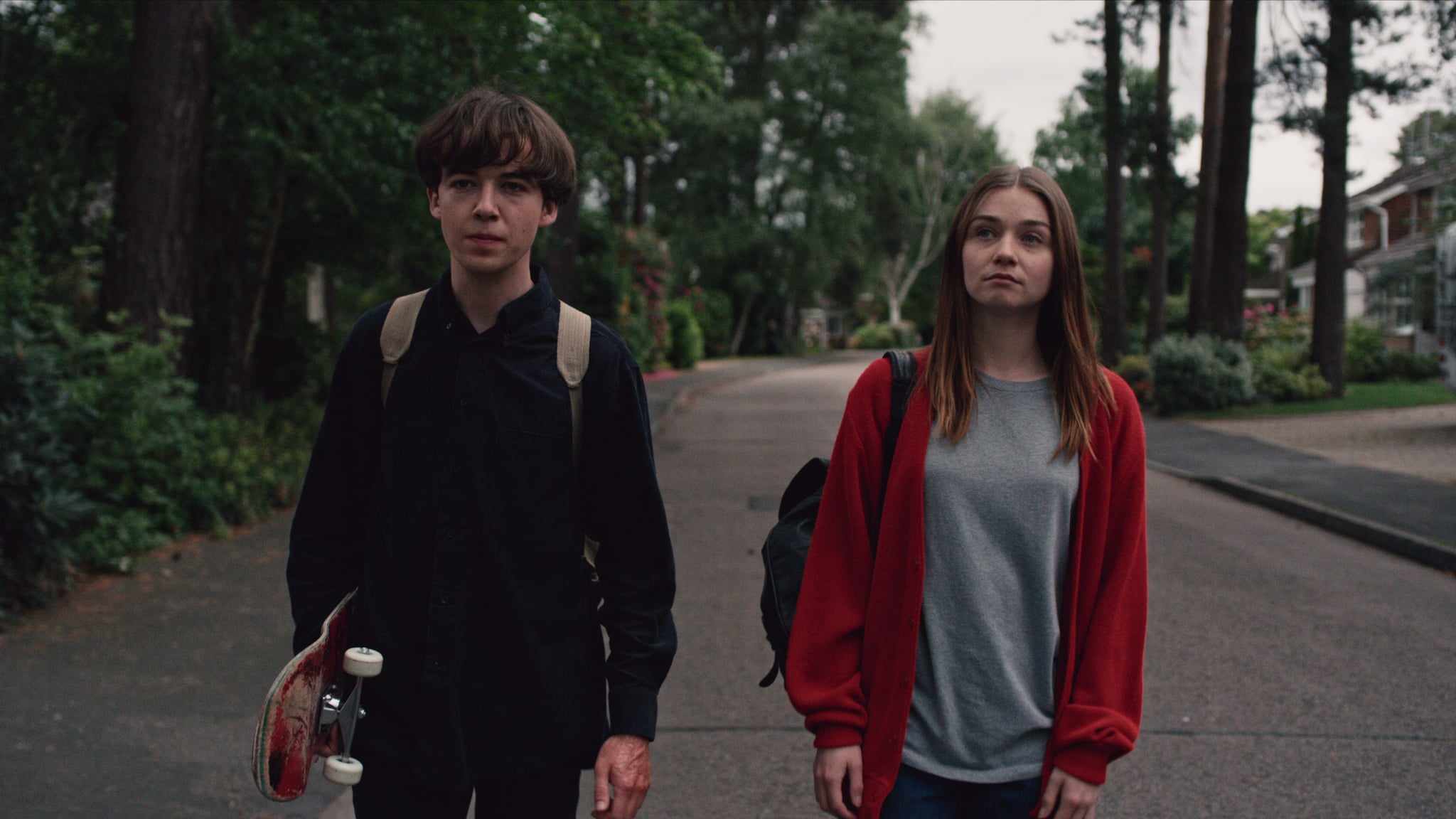 If you're hoping Netflix's new original series, The End of the F***ing World, is going to be your next hilarious, uplifting obsession, we have some news. The British dramedy, which is based on the award-winning series of comic books by Charles Forsman, definitely looks funny, but the story is about as dark as it comes.

"I'm James, I'm 17, and I'm pretty sure I'm a psychopath," the main character calmly explains in the show's trailer before it cuts to him dunking his hand in a deep fryer as a kid "just to feel something." Cold and emotionally detached James, played by Black Mirror's Alex Lawther, definitely isn't your average leading man, which he confirms while discussing his plans to hopefully murder someone soon (typical mundane teen activity, NBD).

That all changes (well, slightly) when he reluctantly starts dating the new girl at his high school, Alyssa (The Lobster's Jessica Barden). Moody and full of enough existential angst for the both of them, Alyssa convinces James to go on a road trip with her to find her father, who left home when she was little. Together, they set off on a journey full of love and gruesome surprises that just might be enough to make James feel some semblance of normal.

The trailer for The End of the F***ing World doesn't give too much away, but there are some interesting flashes of how their road trip shapes up: an exploding car, some blood, cursing out a diner waitress, hitchhiking . . . the list goes on.

Fortunately, it seems the show has some real heart, which writer Charlie Covell touched on in a recent press release from Netflix. "From the minute I got sent Chuck Forsman's comics to read, I wanted in," Covell said. "They're beautiful, and they tell a dark, unconventional coming-of-age love story. It has been a massive privilege to bring Chuck's characters to screen."