It's clear that Hollywood is a fan of the ensemble romantic comedy, what with New Year's Eve coming out today, and now our first look at the trailer for What to Expect When You're Expecting. But will the format work as well for a big group of stars going through the process of making a family? The preview is a dizzying array of faces like Elizabeth Banks, Brooklyn Decker, Cameron Diaz, Jennifer Lopez, Matthew Morrison, and way more, only this time, many of the female stars have a baby bump attached. The trailer's focus is mostly on Banks as a woman experiencing the unglamorous side of pregnancy, and after her, we see other models of procreation, like adoption and a possible accidental pregnancy. 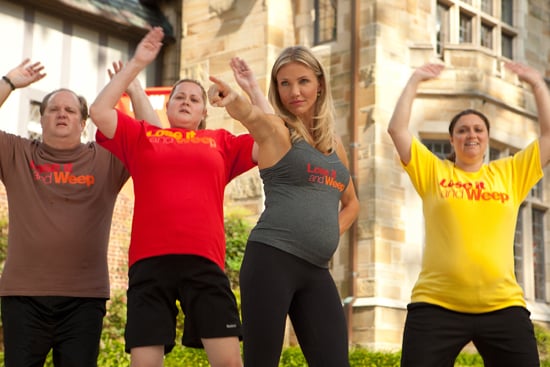 There are some funny bits in the trailer, especially with Banks's flustered character, the appearance of Bridesmaids scene-stealer Rebel Wilson, and a group of dads who rule the playground. But it's still hard to follow exactly what's going on here (is that an accent Diaz is speaking with?) because there are so many characters to fit in, and I somehow don't think this movie is going to be as "brutally honest" about pregnancy as it pledges to be. Still, an inexplicably shirtless Joe Manganiello pops up, so not all is lost. Watch the trailer and see how many other actors you can spot after the jump.