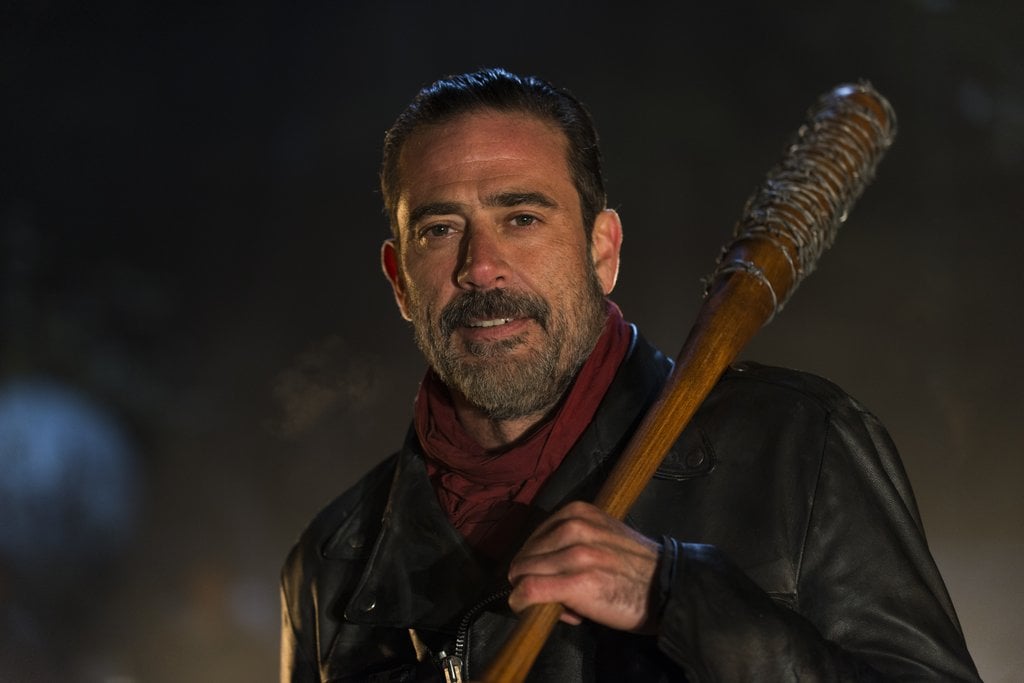 Spoilers for the most recent episode of The Walking Dead below!

The Negan we know now is the kind of guy who walks around bashing innocent people's brains in and saying things like "I wear a leather jacket, I carry Lucille, and my nut-sack is made of steel." But that's the Negan who exists in The Walking Dead's apocalypse; what was Negan like before zombies started roaming the earth? During season eight's "The Big Scary U," we get a small taste.

With the exception of a few scenes further emphasizing how much of a piece of sh*t Gregory is and a brief fistfight between BFFs Rick and Daryl (their perfect faces are still intact, don't worry), the episode mostly centers on Negan and Father Gabriel. As you might recall from the season premiere, the pair end up trapped in a trailer together, surrounded by a massive horde of walkers on all sides. After a brief scuffle for the gun Gabriel is holding onto, the pair begin to have a deep chat about life, death, and their sins. Gabe tells Negan all about the parishioners he once left for dead and eventually gets Negan to open up about his own past.

Gabe criticizes Negan for his disgusting habit of forcing women to be his "wives," which clearly gets to the Saviors' unstable leader. He lets off some steam by bashing in the brains of a few walkers who stick their heads in the window of the trailer and then "confesses" to the priest some information about his bat's namesake, Lucille (aka his first wife).

"My first wife was a real wife. My only real wife," Negan says. "Till death did us part. It was before this. I lied to her, screwed around on her. She was sick. When she went, when she went it was very . . . I couldn't put her down. That's how I was weak. That's what I will confess."

Related:
The Walking Dead: What Happens After the War Is Even More Brutal

In the standalone comic Here's Negan, Negan is shown as deeply in love with his wife, even though he cheats on her repeatedly. Lucille sticks by him despite his affairs, until she's diagnosed with cancer. As a sign of devotion, he eventually cuts ties with his mistress and remains faithful until her tragic death from the disease in the hospital. It happens just as the zombie outbreak is beginning, so she turns in the hospital room. 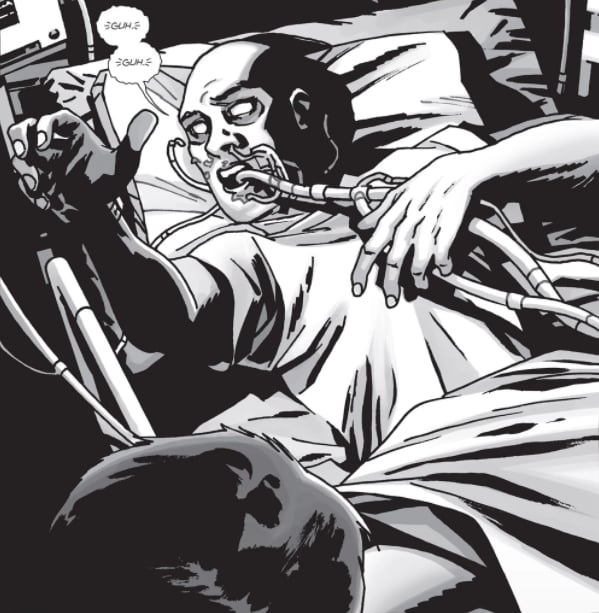 Negan is unable to kill his wife and asks a boy he meets in the hospital to do it for him, instead. Negan later witnesses the boy being killed by a walker shortly after Lucille's death, and from then on his transformation into the brutal, cocky, and unforgiving character we love to hate begins. We likely won't get a full-on flashback to Negan's past in the show, so we'll just have to appreciate these tiny nuggets of backstory as they come.

TV
Amazon's Harlem Series Isn't Out Yet, but We've Already Added It to Our Must-Watch List
by Monica Sisavat 18 hours ago