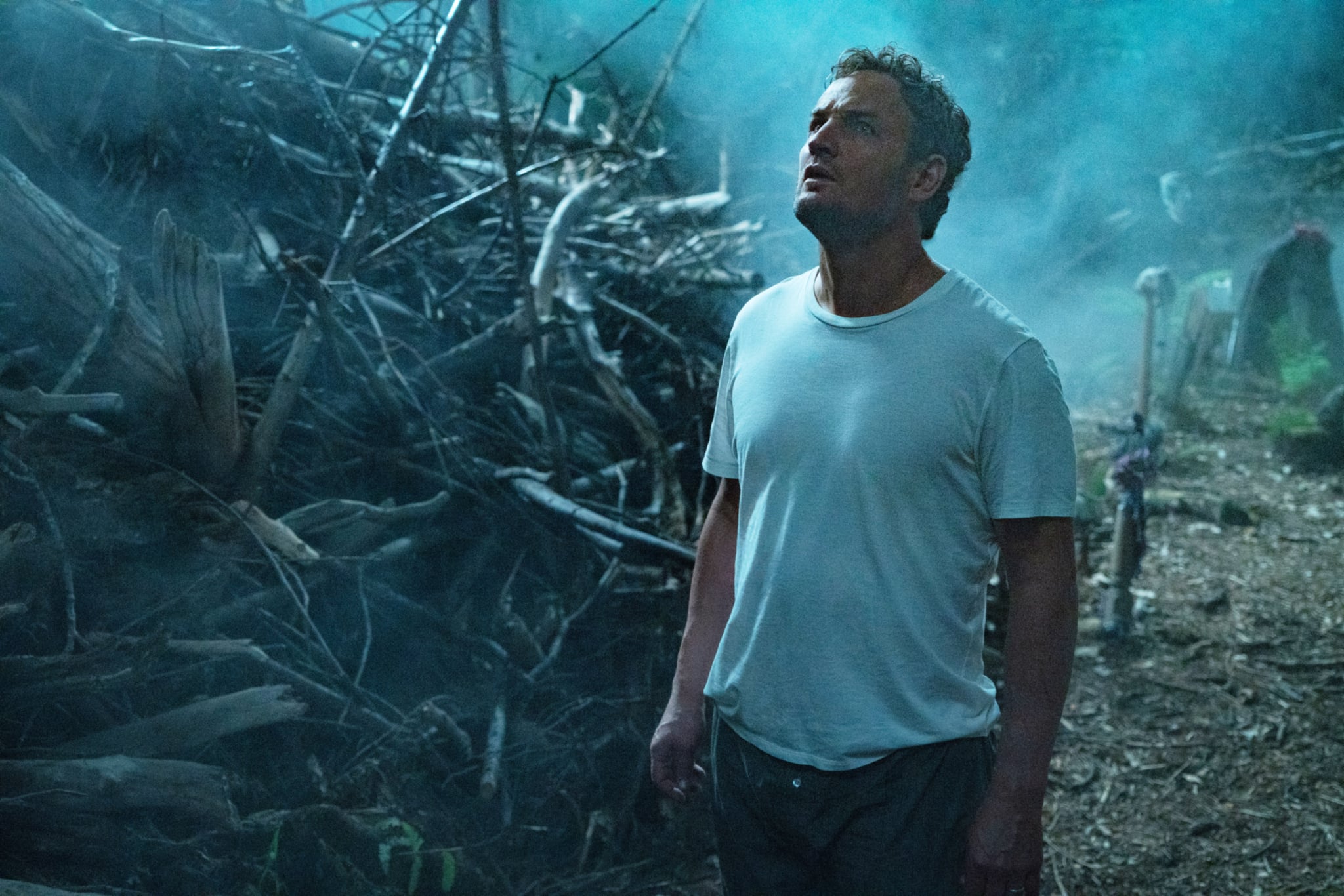 Stephen King's Pet Sematary has returned to the big screen, and the 2019 reboot of the terrifying story — which King originally published in 1983 and was also adapted in a 1989 film — makes a few big updates to its source material. But for the most part, it's a faithful retelling of the core story, down to the chilling inclusion of an ancient creature known as the Wendigo.

If you're familiar with King's book or the new horror film, then you know that the story follows the Creed family as they move from Boston to a big farmhouse on a sprawling, 50-acre piece of land in the small town of Ludlow. Unfortunately their property includes the cursed "pet sematary," where kids from Ludlow perform creepy burial rites for their deceased pets (they wear animal masks, beat a drum, and a ton of other stuff that will make you never want to procreate).

As the patriarch of the Creeds, Louis (Jason Clarke) is tasked with burying his daughter Ellie's beloved cat, Church, after it gets hit by a tractor trailer just beyond their driveway. His neighbor Jud (John Lithgow), a lifelong Ludlow resident, takes him aside and fills him in on a little nugget of eerie history about the Creeds's new property: if you walk into the woods beyond the pet sematary and bury your dead pet in a certain plot of land, the animal will return. (It will be an extremely f*cked up, angry, mean version of your pet, which Jud conveniently neglects to tell Louis.)

So, what fuels the dark magic of the land? According to Jud, Native Americans used to occupy the land but eventually fled to escape the hellish presence of the Wendigo. In both Pet Sematary and in The Girl Who Loved Tom Gordon, King features the primal demon as an antagonist, of sorts, and explains that it haunted the Algonquian tribe, as well as the Micmacs and others. It's also responsible for cursing the land that now brings things back from the dead.

The Origins of the Wendigo

The Wendigo hails from legends of the Algonquin-speaking peoples: the Ojibwe, the Saulteaux, the Cree, the Naskapi, and the Innu. It's sometimes depicted in legends as a tall, hunched over, moose or deer-like creature with huge antlers that stands on two feet. Sometimes its body is rotted away, exposing its bones and innards, and other times it's seen as more of a blurry black shadow. It is also said to appear as a monster with humanoid characteristics, or merely as a spirit that possesses an actual human and makes them engage in similarly evil, monstrous behavior.

The mythical creature would devour humans and animals, and was native to the northeastern forests of North America, stretching all the way up from the United States into Canada. The Wendigo is historically associated with traits and themes like murder, overwhelming greed, cannibalism, and environmental destruction. What Does the Wendigo Have to Do With Pet Sematary?

As legend has it, the Wendigo inhabited the north east all the way up to Canada, and was able to command any living creature in its domain (or at least have a strong influence over it). In King's stories, the creature eventually encountered the Micmac burial ground in Maine, which would eventually become part of the town of Ludlow.

In Pet Sematary, it's explained that the Wendigo cursed the Micmac burial ground that the Creeds eventually live on, making sure that any corpse laid to rest in the soil there would reanimate within a day as a murderous, evil shell of their former self. (And sometimes, they'd become cannibals.) Unsurprisingly, the Micmac tribe abandoned Ludlow.

The burial ground full of necromantic power is able to revive animals such as bulls, cats (RIP Church!), and dogs. Jud mentions that his childhood dog Biffer (who was "a hell of a sniffer") was buried there, but came back far meaner and more aggressive than he was before, leading to his father putting him down (again). In King's novel, a soldier named Timmy Baterman is buried in the Micmac cemetery by his grieving father, and comes back possessed by the Wendigo. Jud and other townspeople beg Timmy's father to kill his reanimated son, which he eventually does before taking his own life.

In the 2019 remake, the Wendigo isn't featured as prominently as in the book. It's mentioned briefly by Jud during a chat with Louis as they page through a book about Native American legends around their part of Maine, and can be heard roaring in the woods as they take Church's body to the burial ground. It roars again when Louis carries his daughter's dead body there, too, and he stares through the woods and seems to glimpse a shadow of the creature. It never fully appears onscreen in the flesh, though.

The Wendigo in Other Pieces of Pop Culture

The Wendigo is a well-known legend, and thus has inspired fear in writers and artists all over the world. For instance, the demon appears in Marvel comics written by Steve Englehart (drawn by artist Herb Trimpe), and is seen as the twisted result of a curse that attaches itself to cannibals. It even goes head-to-head with the Hulk in The Incredible Hulk #162, as well as Wolverine.

On screen, creatures based on the Wendigo legend have appeared in films like Dark Was the Night and Ravenous. TV series that have a supernatural bent have also made use of its infamy, like Grimm, Charmed, and Supernatural. Notably the character of Will Graham sees it in a number of dreams in the TV adaptation of Hannibal, where the Wendigo symbolizes the cannibalistic habits of the show's titular character.