This week's Mad Men premiere has a lot of strange moments, but one was especially eyebrow-raising: Roger's lunch with his daughter, Margaret. She calls him up to schedule a father-daughter date, even though their relationship has been historically rocky. She has no animosity in her voice and claims she simply just wants to spend time with him. Should we be happy with this explanation? Of course not! Everything means something in the Mad Men universe, and her behavior at the restaurant is so bizarre. "I've been searching, and with a little help, I've come to realize that anger can be vanquished by love," she says to Roger, forgiving him for his "past transgressions." Is this a hippie thing? Maybe, maybe not. Let's explore the options. 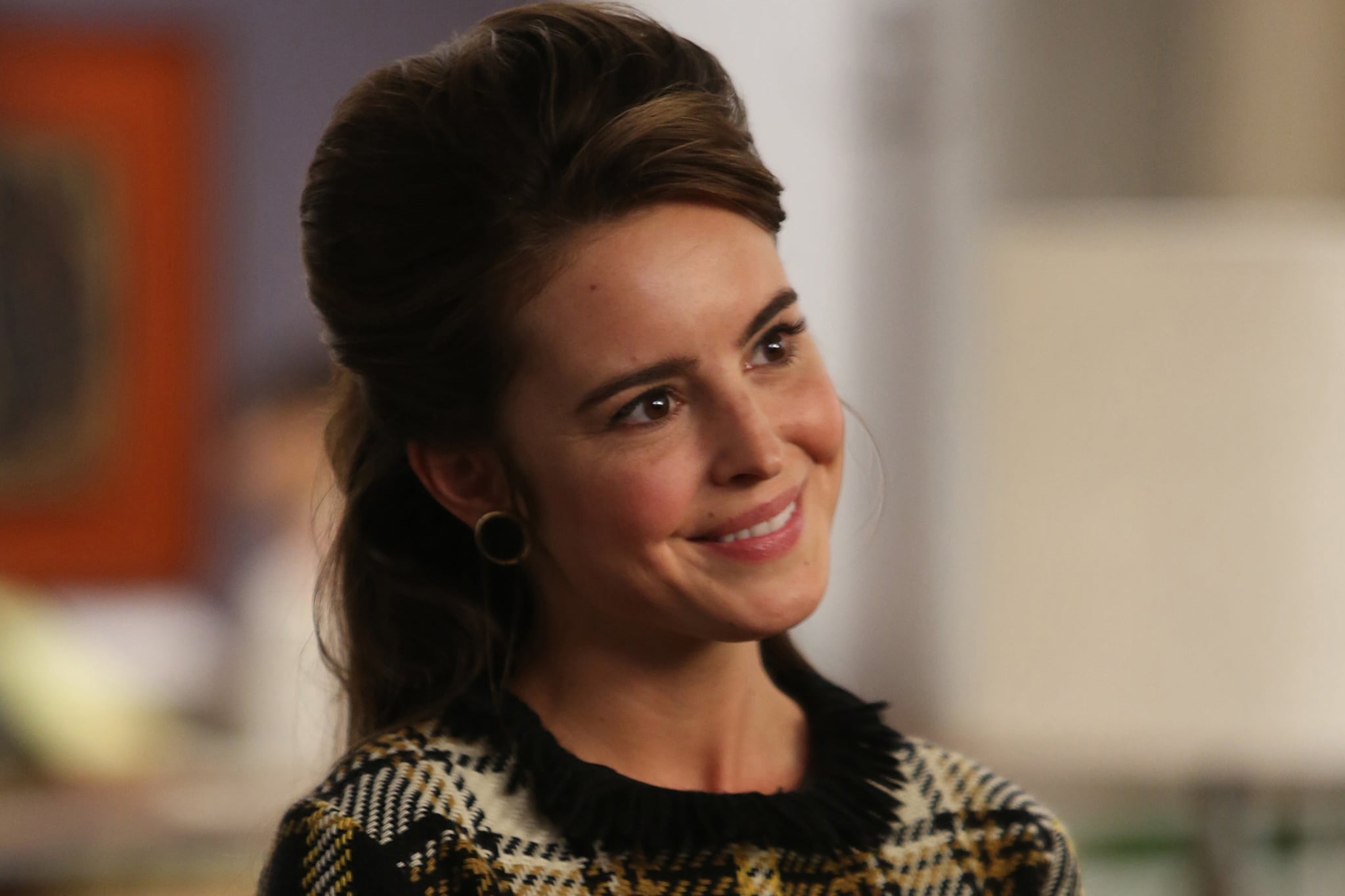 Theory 1: She's just kind of a hippie.
Maybe she's just swinging with the '60s, becoming less tightly wound and more open. I would be willing to go with this, except that she says, "I don't even care that you smell like incense or have any thoughts about your current 'state of affairs.'" Why would she have an issue with Roger's incense and free love policy if she's in the same frame of mind? She's also very neatly manicured, so I'm thinking she's still holding onto some traditional values.

Theory 2: She's in a cult.
At one point, Roger asks her if she's been going to church, and she responds, "Not in any way you'd understand." Maybe the "little help" she's gotten has been from some kind of cult leader. We know this season starts in January of 1969, so it's not a stretch that this could be an option given that there had been a rise of cults in the late '60s, including People's Church, the Manson Family, and Unification Church.

Theory 3: She just got a good therapist.
To be honest, growing up with Roger Sterling as a father can't be easy, and perhaps she realized what she really needed is therapy. Apparently, "everything is wonderful," and she doesn't want anything from him, which actually sounds healthy . . . if it weren't for her glazed-over look and disconnected tone.

Theory 4: She's on (prescribed) drugs.
Antidepressants were invented in the '50s, and though they weren't popularized until the late '80s, Margaret could be an early adopter. Her willingness to forget and forgive is so out of character, and it could be caused by just a few too many pills.

What's your take on the situation?