Start the countdown! It's only one week until Mad Men starts back up, which means it's time to go into premiere prep mode. I've already kicked things off by giving you a look at the show's actors before they hit the big time, but let's discuss the characters themselves. 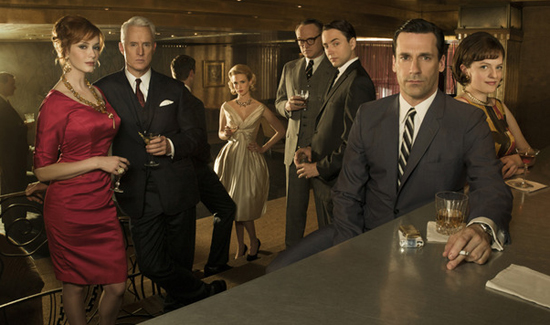 Over the past three seasons, we've come to know Betty, Pete, Don (er, scratch that, can anyone really know Don?), and I'm sure you have a personal favorite in the cast. Maybe you enjoy Joan's sassy remarks and signature sashay, Peggy's ambition, or you can't help but love Roger's charm despite his foibles. I realize it's tough to pick and choose, but who keeps you tuning in week after week? Vote, and then make your argument in the comments!