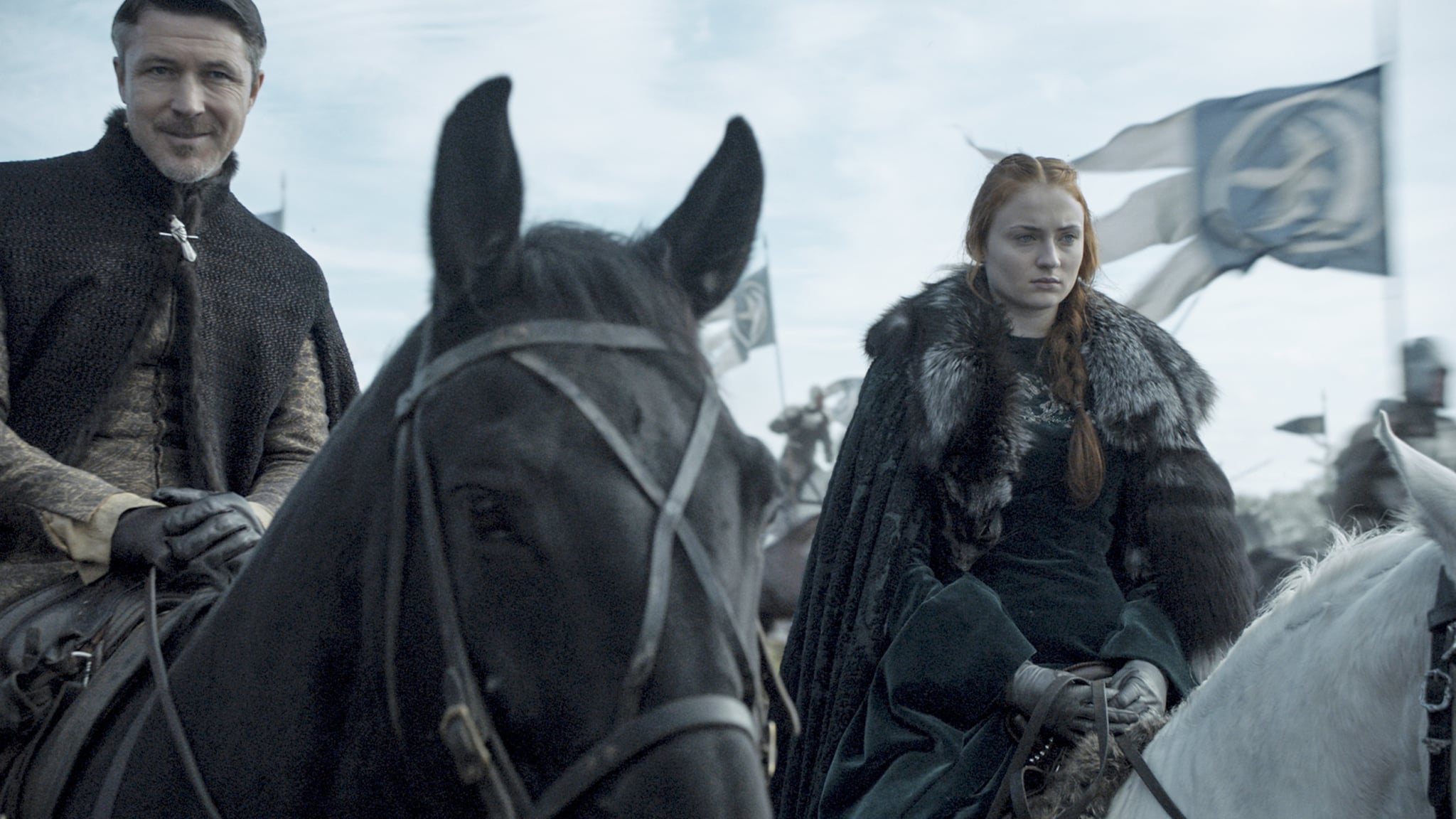 Original: We all know that when it comes to Game of Thrones, Petyr "Littlefinger" Baelish is either going to die or end up on the throne. When it comes to that conniving, backstabbing, creepy-uncle-looking motherf*cker, there is no middle ground.

After successfully starting a civil war by conspiring to kill the Hand of the King, passing false information to Catelyn Stark, and then betraying Ned Stark, Littlefinger has continued to sneakily leave destruction in his path — he collaboratively murders King Joffrey while simultaneously framing Tyrion, shoves his own wife out of a sky door, and then essentially forces Sansa Stark into marrying an cruel, abusive rapist. When it's all said and done, the Seven Kingdoms would be much better all around if somebody just offed the guy — and boy, are we in luck!

At the end of season six, the Starks have finally begun putting back the pieces of their family's shattered remains; Jon and Sansa are reunited and attempting to take back the north. They've lost two brothers and have no idea that their other two siblings (or, in Jon's case, cousins) are still alive. Then, Littlefinger manages to squirm his way back into the picture, providing the necessary force for Jon's army to win the Battle of the Bastards in an attempt to win Sansa's love. (Spoiler alert, Petyr: you're creepy and manipulative, and comparing your crush to her dead mom isn't a good way to hit on her.)

Not only does Littlefinger approach Sansa romantically for what feels like the millionth time, but he also tries to turn her against Jon. At the end of the episode, the two exchange a strange look that can either be interpreted as Sansa conspiring with Littlefinger or fearing and despising him. Per usual, we'll have to wait until season seven begins to find out.

Because of the strange glance exchanged between Sansa and her incessant, murderous suitor, some fans have theorized that she will ultimately kill him as penance for the way he has manipulated her and demolished her once happy family. However, we're banking on a completely different Stark eventually slaying Littlefinger: Arya.

We already know that Arya is making her way home, casually stopping in the Riverlands to enact some bloody vengeance on Walder Frey and his ilk. (Season seven update: check!) We also know that The Hound is roaming the Riverlands, and he and Arya have history — remember that time when she left him for dead in the middle of the wilderness? And thanks to season seven promo teasers, we know that Arya is donning northern clothes that suit noble members of Stark house. With these two bits of knowledge, we theorize that Arya and The Hound will cross paths somewhere in the Riverlands — though whether Arya will look like Arya is still a question, thanks to her training with the Faceless Men — and he will reveal in casual conversation that Littlefinger is the one who betrayed Ned Stark to King Joffrey way back in season one. Arya will either check The Hound off her list for good or make peace with him and part ways.

Armed with the new knowledge that Littlefinger is to blame for her family's misfortunes, Arya will return to Winterfell and find him there, probably still putting the moves on her older sister. Because she's no stranger to violent revenge, she will put an end to him and his creepy, fiendish ways. Voila! That's some perfect Stark justice, if you ask us. There are other fans who believe that Arya will eventually murder Petyr Baelish, too; there are even entire videos dedicated to the idea on YouTube. What's up for debate is the when and how, but in our opinion the Riverlands timeline this season makes all too much sense.

Of course, given the show's history, sometimes the bad guys win — and if Sansa and Littlefinger are indeed conspiring against Jon in some way, this scenario could end badly for either Arya or Sansa, depending on who has the upper hand.