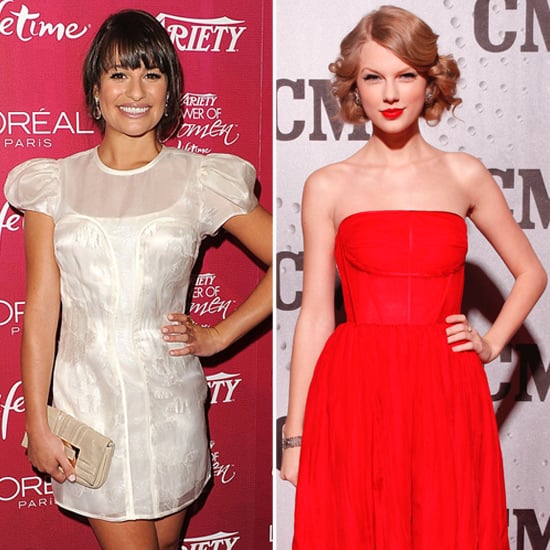 Next year's movie musical adaptation of Les Misérables is already packing some pretty serious star power, thanks to Hugh Jackman, Russell Crowe, and Anne Hathaway, and now rumors are swirling that another big name may be added to the cast. There are four actresses already vying for the role of Eponine, including singing sensations Taylor Swift and Lea Michele. But who would you like to see play the privileged girl turned penniless young woman? See the contenders and vote for the actress you'd cast in the role.

Taylor Swift
Taylor Swift Left Her Cardigan at Home For the ACM Awards, and Wore This Chic Outfit Instead
by Karenna Meredith 1 day ago

Taylor Swift
Anyone Else Getting Emotional About Taylor Swift's Return to the ACM Awards?
by Kelsie Gibson 1 day ago