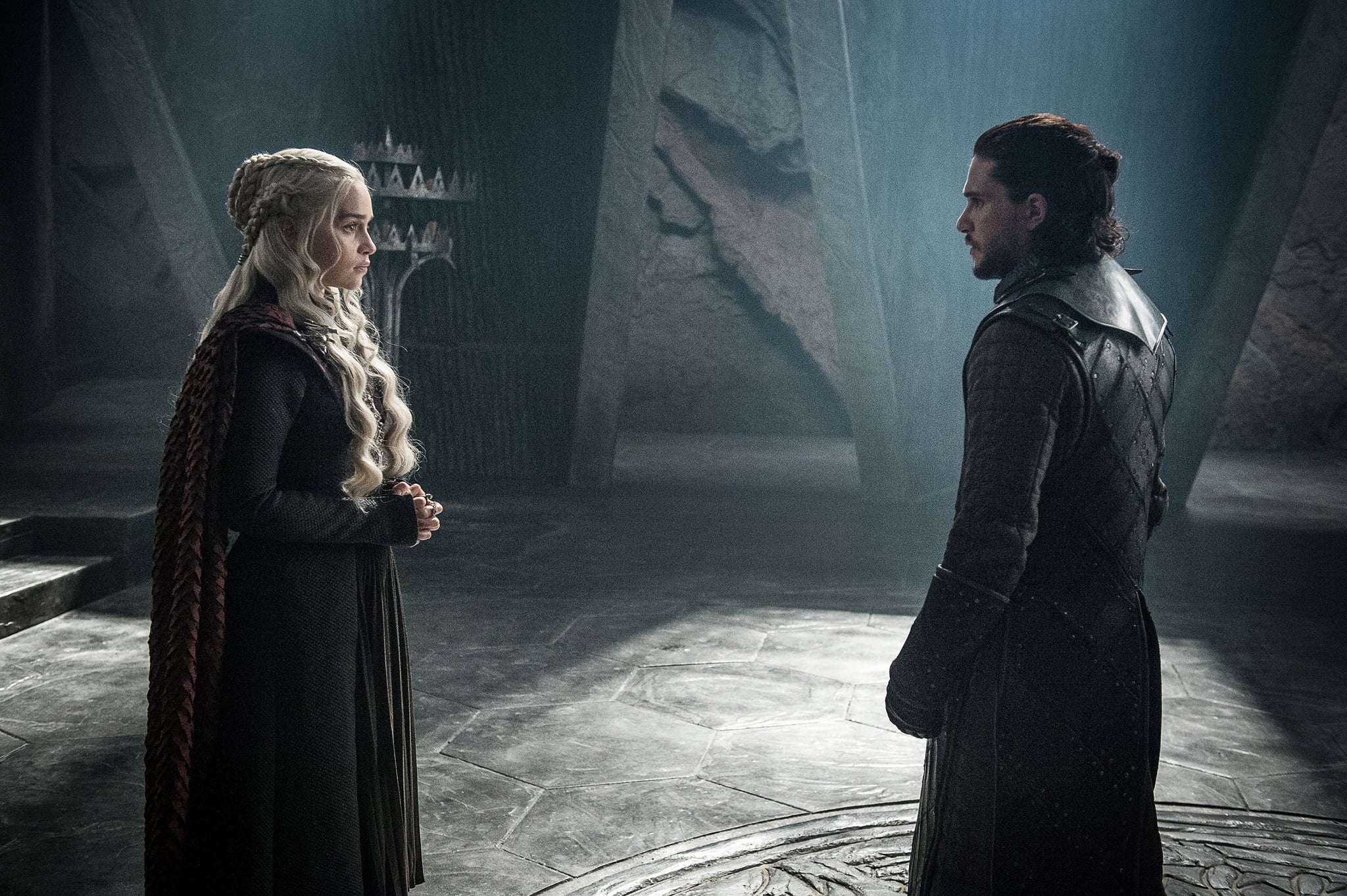 After nearly 63 eventful episodes of Game of Thrones, two fan favorites, Jon Snow and Daenerys Targaryen, finally meet in the flesh in season seven's third episode, "The Queen's Justice." The much-anticipated meeting takes place at Dragonstone, and the tension present during the entire 10-minute introduction made me realize that I can no longer stand Daenerys — like, at all.

I'll admit that if at any time during the progression of the show you'd asked me to choose between Dany and Jon, I would always, without a doubt, have chosen Jon, but I've always liked Daenerys too. From a woman sold off to a Khal to the "Breaker of Chains," she's gone through so many personal and "professional" life changes that have overall deemed her a resilient badass. However, if "The Queen's Justice" proves anything, it's that Dany has become a pompous assh*le.

This new (and maybe unpopular) opinion of mine fully formed within the first 10 seconds of Jon walking into Dragonstone's throne room. Missandei begins, for what seems like the millionth time, running off the Khaleesi's numerous "official" titles. Once she's wrapped up her little spiel — which, as I said, previously made it feel like Dany was an absolute badass — Ser Davos Seaworth (one of my favorite characters of all time) is tasked with introducing Jon. "This is Jon Snow," he says after a sideways glance from Jon. After a truly unimpressed look from Dany and another dose of side-eye from Jon, Davos continues, "He's king in the North."

Although a hilarious moment, this small shrug from Davos has so much meaning. Dany prides herself on titles and accomplishments, whereas Jon is totally modest and didn't ask to be king — he just wants peace in the seven kingdoms, and for that to happen, he needs the White Walkers to not completely eliminate the human race. His lack of titles actually makes me respect him so much more and proves that Dany has grown to become a spoiled brat. And I can't stand to watch her scenes anymore because of that.

Related:
If Only Daenerys Knew This Info About Jon in This Week's Game of Thrones

One line of hers in particular made my eyes roll so far into the back of my head that I saw my own brain. After condescendingly pointing out that Torrhen Stark, the former king in the North, bent the knee to Daenerys's ancestor Aegon Targaryen (Aegon the Conqueror) "in perpetuity," she says to Jon: "So I assume, my lord, you're here to bend the knee." And when he says he isn't, she looks as possessed as a small child about to have a raging tantrum.

Her patronizing and entitled attitude is extremely unbecoming and has made it seem like she's less the strong Khaleesi who's accomplished so much and more a moody teenager who's just trying to get what she wants — and won't be happy if she doesn't, a notion confirmed when Jon says to her, "Right now you and I and Cersei and everyone else — we're children playing at a game, screaming that the rules aren't fair." Although she's mother to dragons, she won't even attempt to wrap her head around the fact that there could be an army of the dead, because doing so means she'd have to take her focus off sitting on the Iron Throne.

Maybe once she and Jon get to know each other a bit better, she'll learn to take a page out of his book and back the eff down when it comes to her "being born to rule the seven kingdoms," but after "The Queen's Justice," I'm pretty convinced Dany is going to get herself killed over her arrogance before the series is over — which maybe isn't such a bad thing.

Downton Abbey
Are The Gilded Age and Downton Abbey Connected? The Showrunner Answers
by Amanda Prahl 10 hours ago