Terra Nova is one of the most-anticipated series of the Fall, in large part because the pilot has been in production for so long. The drama, which is set in the year 2149, follows the Shannon family as they participate in a program that lets them go back in time (way back, to when dinosaurs roamed the earth) to recolonize the earth. The cast and showrunners spoke to reporters at the TCA today, discussing how they film the show in Queensland, Australia, who Terra Nova is meant for, and why this show is no Jurassic Park. 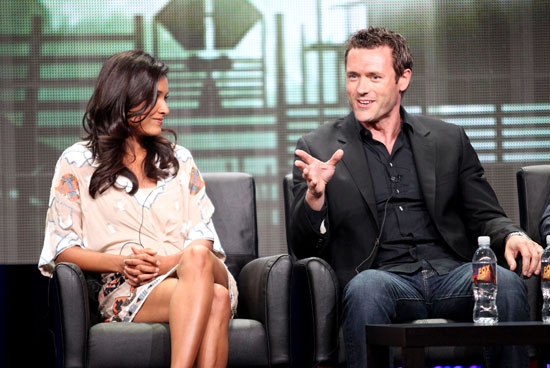 Emmy Awards
Tyler Perry's Emmys Speech Had a Powerful Message: "We Are All Sewing Our Own Quilts"
by Grayson Gilcrease 49 minutes ago