The Wolverine made $55 million at the box office this weekend, taking down competitors The Conjuring, with $22.1 million, and Despicable Me 2, with $16 million, in second and third places, respectively. Turbo came in fourth with $13.3 million, and Grown Ups 2 rounded out the top five with $11.5 million. New release The To Do List fell short of expectations, bringing in only $1.5 million. Woody Allen's latest, Blue Jasmine, opened to $613,000 in a limited release of just six theaters. 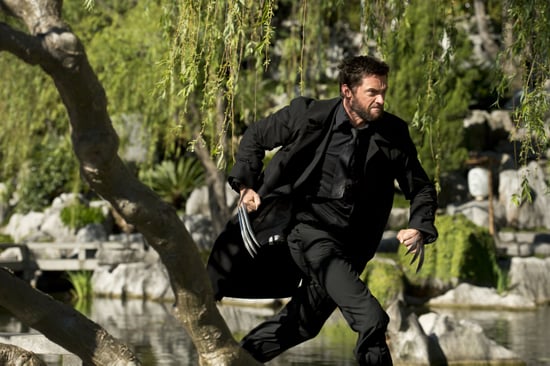 Jamie Lee Curtis
Lock Your Doors! Michael Myers Is Back in the Suspenseful Trailer For Halloween Kills
by Chanel Vargas 16 hours ago

Janel Parrish
Janel Parrish's Hallmark Film, Holly & Ivy, Will Give You All the Feels: "It Has So Much Heart"
by Kelsie Gibson 19 hours ago