Into the Woods boasts an all-star cast including Johnny Depp, Anna Kendrick, Chris Pine, and Emily Blunt, but the first official image from the movie is of its most bewitching star: Meryl Streep. The musical movie weaves together the stories of Cinderella, Little Red Riding Hood, and more, explaining what happened after the happily ever afters. The cast was recently spotted on the set, but this first official photo of the Grimm Brothers spinoff shows Streep as the evil witch who longs for her beauty to be restored. The movie doesn't hit theaters until Christmas Day 2014, so we can count on plenty of tease-worthy material to come out in the coming year. What do you think of Streep's look? 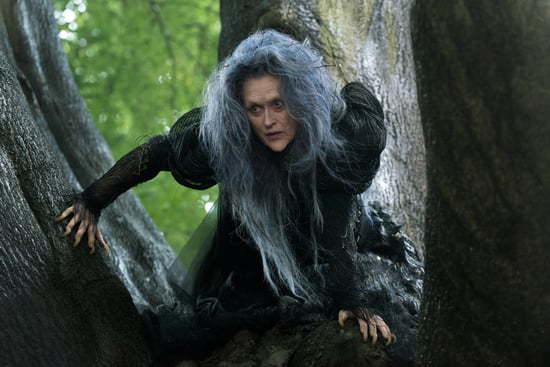