Good news for those who love traditional sitcoms and seeing men dressed up as women: ABC is introducing midseason comedy Work It tonight, about two men (Ben Koldyke and Amaury Nolasco) who can't find good jobs because of the poor economy. When they hear that pharmaceutical sales are hiring, they jump at the chance — but there's just one catch: they prefer to hire women, so obviously, they just decide to dress as ladies. 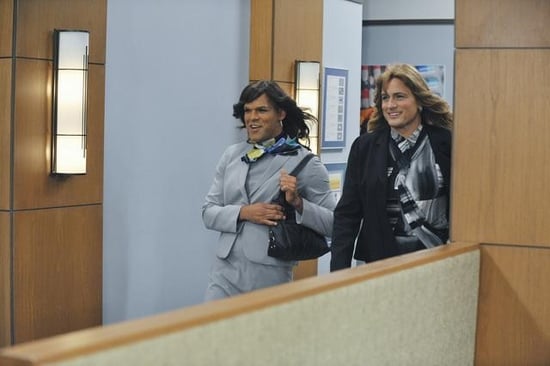 Where it works: If you're a fan of slapstick and prefer light TV fare, there are definitely some silly moments that may allow you to escape (then again, if you've been hit hard by the recession too, it may not be such an escape).

Where it doesn't: There is one joke on this show: men dressing as women. It gets old fast.

Keep reading to see some photos and a preview of Work It.

PBS
It's a Sad Day in Elwood City: Arthur Is Coming to an End After More Than 2 Decades
by Kelsey Garcia 6 hours ago