UK comedy trifecta Simon Pegg, Nick Frost, and director Edgar Wright have teamed up once again for apocalyptic pub crawl movie The World's End, and we're finally getting a look at the trailer. Pegg, Frost, and The Hobbit's Martin Freeman star, playing friends who set out to finally finish the pub crawl route they were forced to abandon back in college. The journey begins normally enough, until they get closer to the end of the trip and realize they're surrounded by beings that may or may not be from another planet. Rosamund Pike also turns up as a friendly local. 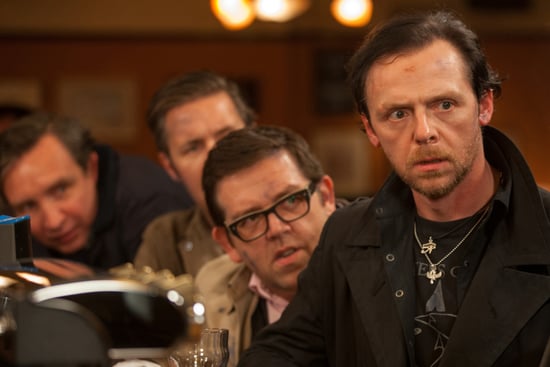 Those who love Pegg, Frost, and Wright's previous collaborations, including Shaun of the Dead and Hot Fuzz, should recognize some striking plot similarities. Even if The World's End employs the same type of premise (everyday life becomes complicated by a dangerous science-fiction twist), it's probably still going to be funny, and I like that Pegg's character looks different than the nerdy types he's played before. The film opens on Aug. 23, and until then, you can catch the trailer after the jump.

Movies
Who Plays Borat's Daughter, Tutar? We Finally Have an Answer
by Amanda Prahl 8 hours ago