In a world where doing the voice-overs for movie trailers is a man's business, Lake Bell still wants a piece of the action. In the aptly titled In a World . . ., the actress stars in, wrote, produced, and directed this indie about a vocal coach trying to follow in the footsteps of her voice-over-legend father. Other quirky characters in the industry pop up along the way, like those played by Demetri Martin, Rob Corddry, and Nick Offerman. 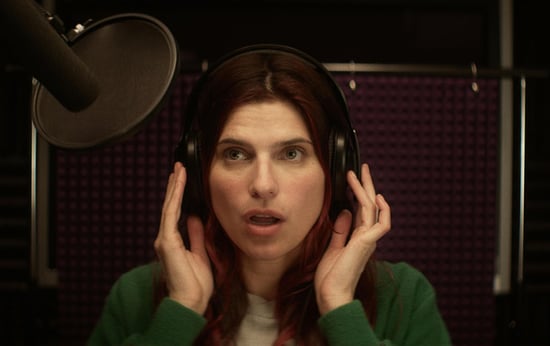 I don't know what I'm more impressed by: the fact that Bell wrote/directed/produced and appears in the movie or the awesome voices she does in this trailer. The movie charmed audiences at this year's Sundance Film Festival and will open in limited release on Aug. 9. Check out the trailer for yourself after the jump.