On tonight's episode of How I Met Your Mother, Ted and Barney start rethinking their respective romantic histories with Robin now that she's getting more serious with Don. Though Robin had big breakups with both guys on the show, they both suddenly decide to confess their love for her. A few months ago many of you said you'd like to see Robin and Barney back together, though personally I always thought she was better with Ted. 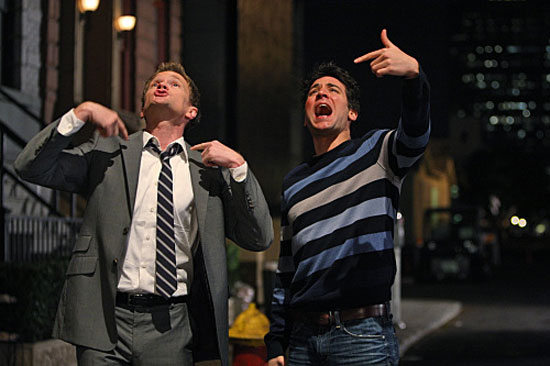 But here's another question: which guy would you choose for yourself? Ted may seem like the logical answer given Barney's penchant for giving his love interests' self-esteem issues (not to mention he brings new definition to the term "village bicycle"), but I've always thought that someday he'd settle down — for the right girl. Plus, Ted can be awfully whiny despite his charm. So who would you choose — Ted or Barney?

Black-ish
The Black-ish Kids Have Grown Up, and We Have the Pics to Prove It
by Kennedy Hill 1 hour ago

Netflix
Where Is Netflix's Dream Home Makeover Filmed? Here's Everything We Know
by Corinne Sullivan 1 hour ago

Netflix
Where Are Studio McGee's Headquarters? Their Studio Is Close to Home
by Corinne Sullivan 2 hours ago