Chelsea Handler came to the TCA stage today to talk about NBC's new sitcom Are You There, Chelsea?, which is based on her bestselling book. Even though the show is about Handler in her 20s, Laura Prepon has the honor of playing Chelsea, while Handler has a supporting role as Sloane, a character based on Handler's own sister. The cast and showrunners talked about the various challenges of their roles and the alcohol-related reasons the title was changed. 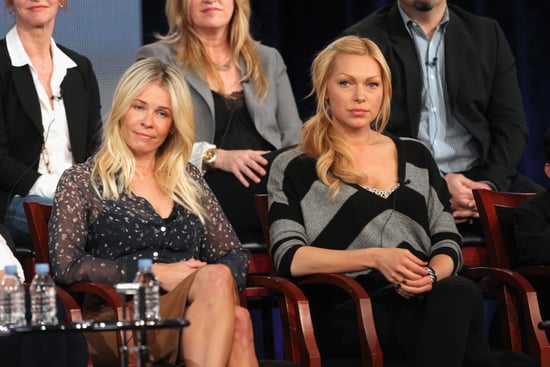