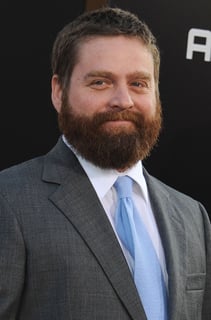 "My favorite moment was not on camera. But I had hired a Brad Pitt lookalike to do the Jennifer Aniston one, so he was waiting in the wings. We ended up not using him, because she didn't want that, and [joking] I don't completely understand why. So this Brad Pitt guy, the lookalike, I went up to him, and [said] 'Hey I'm sorry we didn't use you.' And as a joke, 'Maybe we use you some other time. Do you look like anybody else?' And he goes, without even skipping a beat, 'Colin Farrell.' So bizarre."