Kathryn Bigelow made history when she became the first woman to win an Oscar for best director for The Hurt Locker, so naturally, we've been impatiently awaiting her next project. Today we finally get our first glimpse of her new movie, Zero Dark Thirty, the premise of which has been kept pretty hush-hush. Now it's become clear that the movie will focus on the hunt for Osama bin Laden, though there's not a ton of footage in this first teaser to go on. In fact, we only see very brief glimpses of stars Jessica Chastain and Kyle Chandler, but I can tell you one thing: it looks every bit as intense as The Hurt Locker. 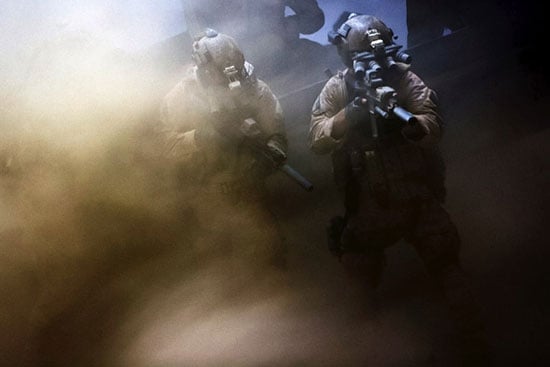 The film will be released on Dec. 19, but get a taste when you read more.