Anthony Edwards is coming back to the small screen next month in Zero Hour, where he plays a man who works for a magazine that disproves conspiracies — until his wife (Jacinda Barrett) is kidnapped and he's swept into a tangled web of real conspiracies. Edwards came to TCA today along with his castmates and showrunners to talk about how complicated the story is and why he chose this project to make his TV return. 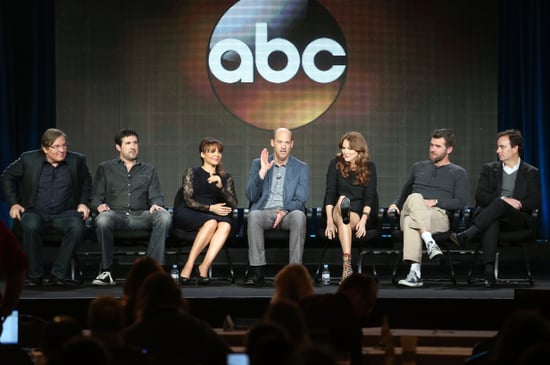 HBO
The Undoing: 3 Theories For Who Could Be Responsible For Elena's Death
by Monica Sisavat 7 hours ago

Adele
Adele Says Hello From the SNL Stage in a Sweet, Swear-Free Opening Monologue
by Brea Cubit 17 hours ago

Adele
Adele Played a Bachelor Contestant on SNL, and Now We Really Want It to Happen in Real Life
by Grayson Gilcrease 19 hours ago