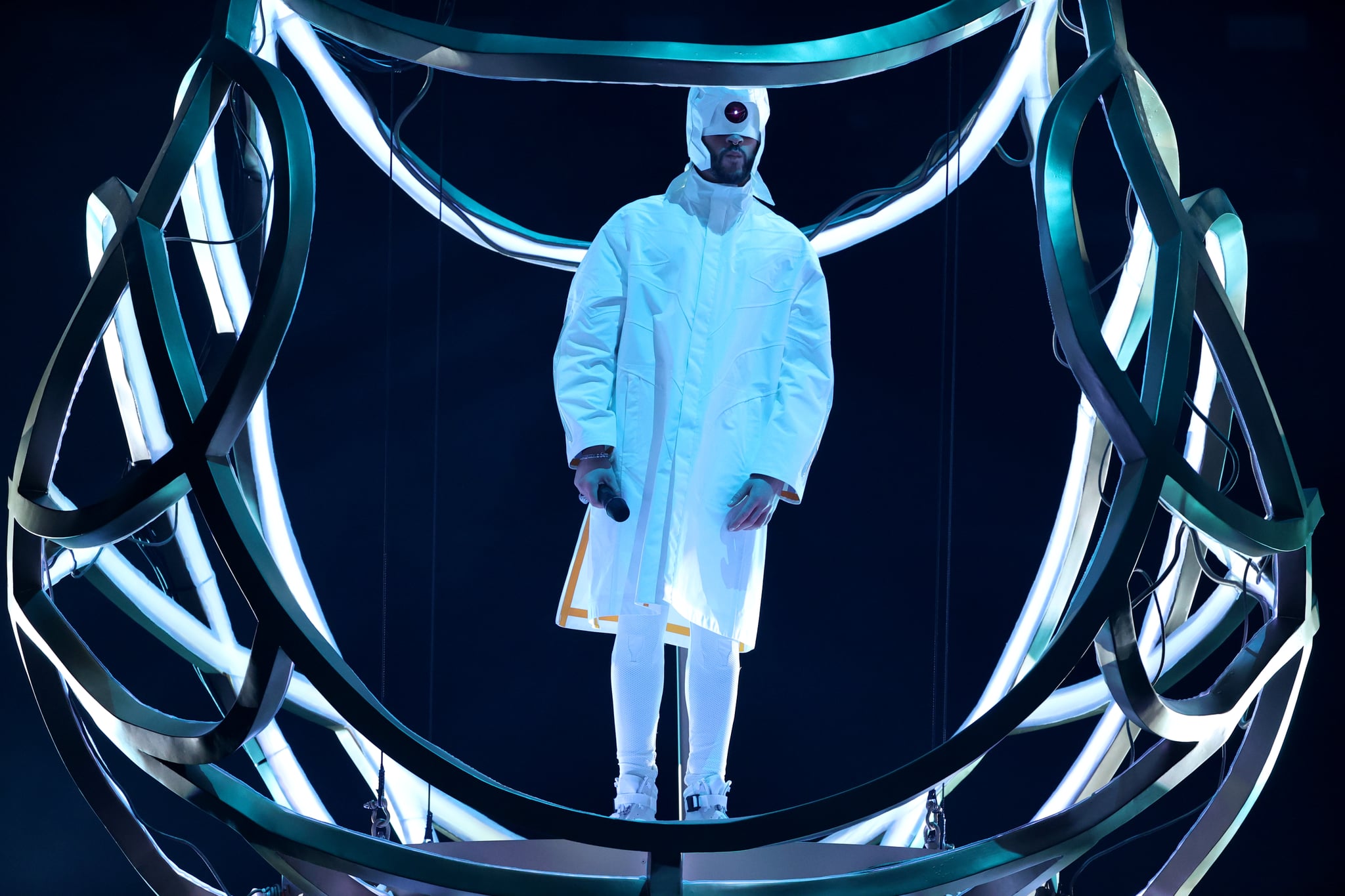 Bad Bunny, Tainy, and Julieta Venegas came together for the first time at Sunday's American Music Awards. The trio had us in our feelings as they delivered a futuristic performance of their hit "Lo Siento BB:/," which they released back in October. Technically, Venegas wasn't there in person, but a robot with a screen of her face did appear on stage and played the piano in her place. Bad Bunny then jumped in wearing a white outfit with a hat that featured a green and red light on it.

"Lo Siento BB:/" is featured on Tainy's upcoming debut album Data. In a previous press release, Bad Bunny explained that what made the song so special was having the "honor of sharing vocals on the same track" as Venegas. "Something I never imagined and that's why it fills me with so much emotion," Bad Bunny said. The global superstar also noted that "working with Tainy is always a pleasure," adding, "The world knows that when we get together we make magic." And magic is exactly what happened at the AMAs.

Related:
BTS, Becky G, Bad Bunny, Cardi B, and Everyone Else Who Won at the 2021 American Music Awards

Step 2: Give an amazing performance

Identity
Why Do Latinx Shows Keep Getting Canceled?
by Johanna Ferreira 9 hours ago