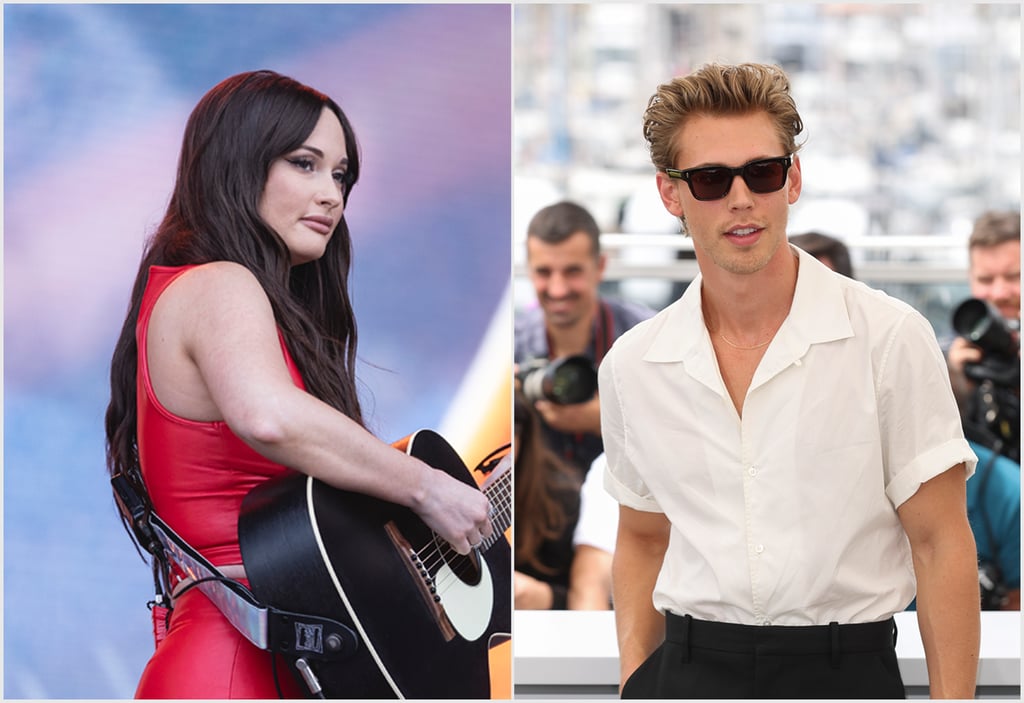 On June 22, Kacey Musgraves released a heartbreaking cover of "Can't Help Falling in Love" from Baz Luhrmann's forthcoming "Elvis" biopic. The song was released with a music video featuring clips from the film itself, showing what appears to be an emotional breakup scene between Austin Butler's Elvis and Olivia DeJonge's Priscilla Presley. Needless to say, it makes for tearjerking viewing.

"Can't Help Falling in Love" is the latest release from the "Elvis" soundtrack. On June 16, Måneskin shared a rendition of "If I Can Dream" and Eminem shared a version of "The King and I" featuring CeeLo Green. On June 10, RCA Records released a recording of Austin Butler singing "Trouble." On June 3, Diplo and Swae Lee released "Tupelo Shuffle," which features Gary Clark Jr. and Austin Butler. The release of "Tupelo Shuffle" came a day after Doja Cat released "Vegas," which remixes Elvis's "Hound Dog" and features a sample of the original 1953 recording by Big Mama Thornton.

"Elvis" hits theaters on June 24, which is the same day the full soundtrack will be released. As for the film itself, there's already a lot of buzz surrounding "Elvis" and its star-studded cast, which includes Austin Butler as the titular star and Tom Hanks as his mysterious manager. Elvis wouldn't be Elvis without the music, of course — and a Baz Luhrmann film also wouldn't be a Baz Luhrmann film without a unique soundtrack. The list of artists who will be on the film's soundtrack dropped on May 23, and by the sound of things, it'll be a creative blend of genres and time periods. It's also an extremely chaotic mix of artists who don't seem very related at first glance.

This isn't Luhrmann's first experiment with innovative, genre-bending soundtracks. In 2013's "The Great Gatsby," Luhrmann features anachronistic tunes from the likes of JAY-Z and Lana Del Rey, designed to emulate the progressive, seductive nature of jazz at the time period the film took place. Whether Luhrmann is attempting to replicate the awe-inspiring novelty of rock and roll made so incredibly famous by Presley himself remains to be seen, but certainly anything is possible given the soundtrack's wildly varied lineup.

Read on to hear everything on the "Elvis" soundtrack so far.

Taylor Swift
Taylor Swift Almost Appeared in "Twilight: New Moon," but She Was Rejected Due to Her Star Status
by Njera Perkins 13 hours ago