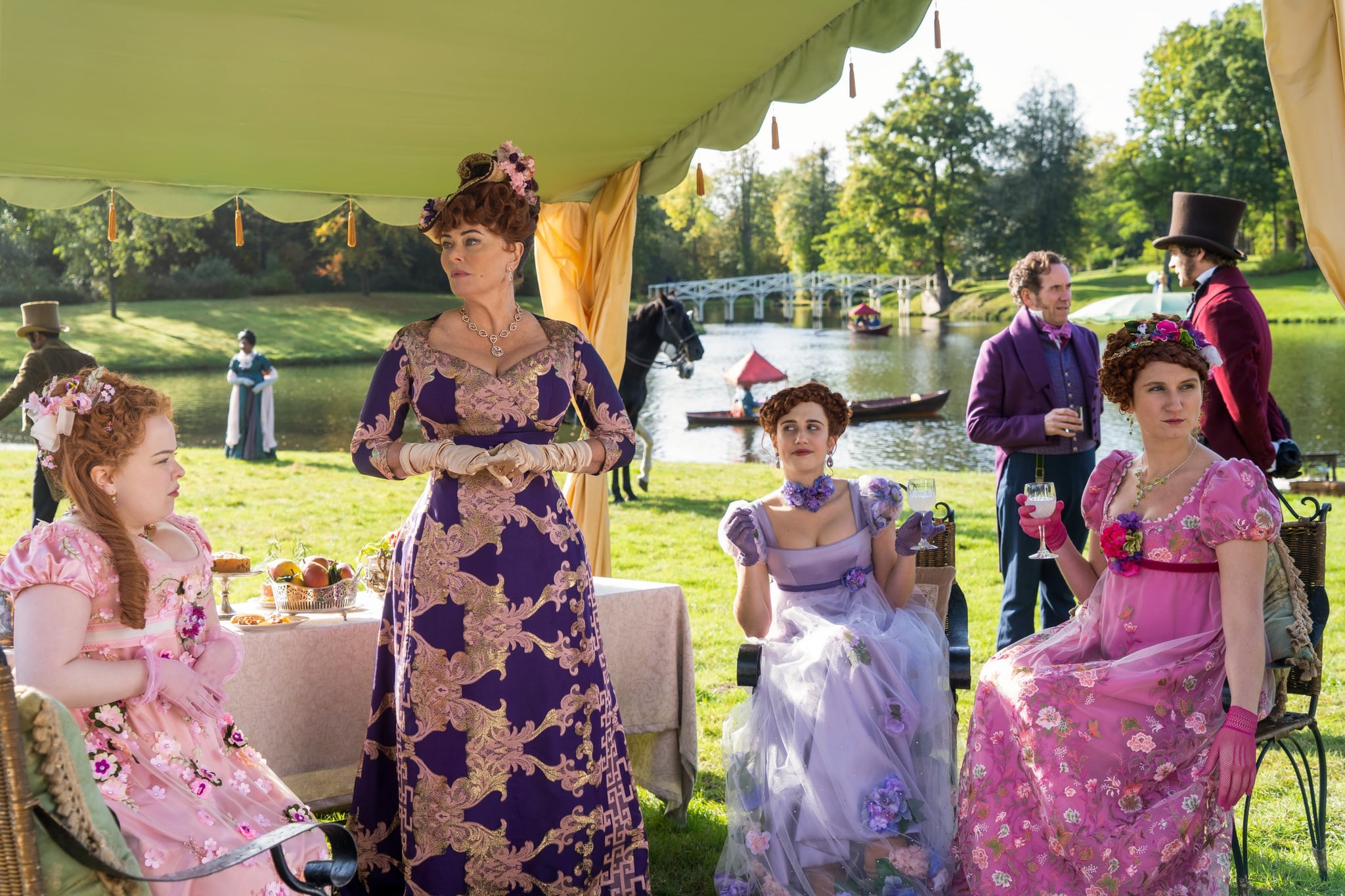 In the glamorous, cutthroat society of "Bridgerton," if you can't keep up with the ton, you're out. That's exactly the fate that the Featherington family may be facing when season two of the Netflix drama returns. Before the new season starts, it's the perfect time to catch up on why the Featheringtons are in financial trouble and what might await them.

Initially, the Featheringtons appear to be perfectly fine financially. They keep a house in the fashionable neighborhood, they're always decked out in the latest fashions (albeit with questionable color choices), and they're titled members of the aristocracy. Unbeknownst to his wife and daughters, however, Lord Featherington has a major gambling problem. Over time, he has lost so much that he is constantly having to juggle things around to pay off his debts. It's also the reason he takes in his distant cousin, Marina Thompson, and refuses to kick her out even after her pregnancy is discovered: he's in debt to her father.

When his wife, Portia, finally finds his ledgers, she learns that he has lost almost all of their fortune, including the dowries for their three daughters. That's not even the worst of it, though. In a desperate, last-ditch effort to recoup a little money, Lord Featherington convinces boxer Will Mondrich to rig a boxing match. He promises to share the profits if Will agrees to throw the match, and Featherington bets on that outcome. The plan seems to work, but Featherington gets overconfident, raising alarm bells for his bookies. They corner him at a brothel, where they force him to drink poison.

With Lord Featherington dead and all his money gone, the fate of the Featherington family is uncertain. At the end of the season, Lady Featherington is handed a card with the name of the man who is to inherit the title of Baron Featherington and whatever remains of the estate — but who is he? That, and the precarious position of Portia and her daughters, is sure to be a major plot point when "Bridgerton" season two arrives!