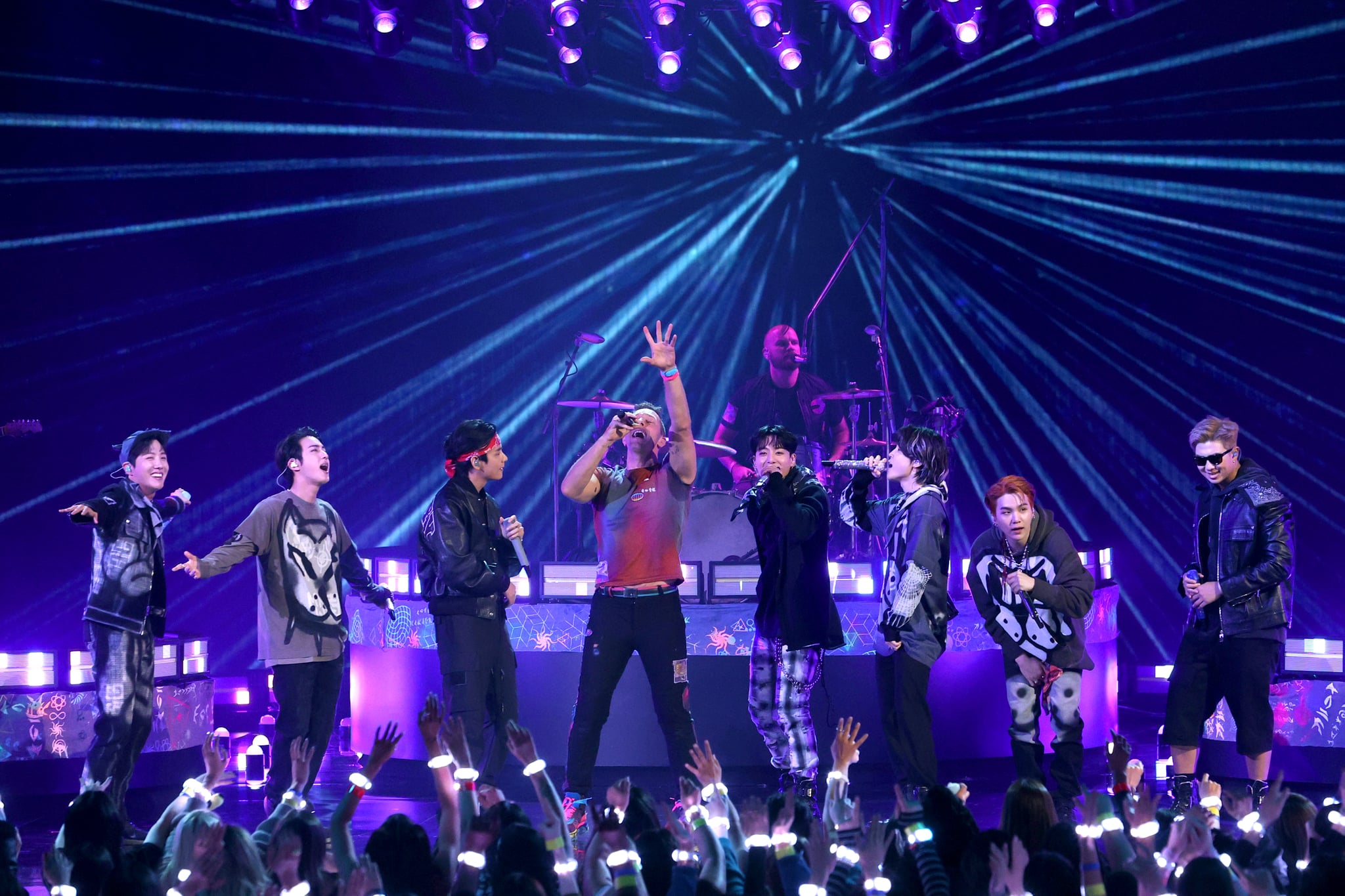 BTS made a triumphant return to the American Music Awards on Sunday night. Not only did they take home three awards for favorite pop duo or group, artist of the year, and favorite pop song for "Butter," but they delivered a debut performance of their "My Universe" collaboration with Coldplay. The performance also marked Coldplay's first time performing at the ceremony since 2015.

"My Universe" is featured on Coldplay's latest album, Music of the Spheres, and it took nearly two years to make. "About 18 months ago, I got a message from somebody," Coldplay's Chris Martin revealed in a YouTube documentary in September. "They said, 'Oh, BTS want to do a song with you.' And I said, 'How would that work?' I didn't understand how that could be possible." Martin began working on the song after a friend said the phrase "my universe" and then hopped on a plane to South Korea to meet BTS for the first time. Once he arrived, they got to work, and the rest is history!