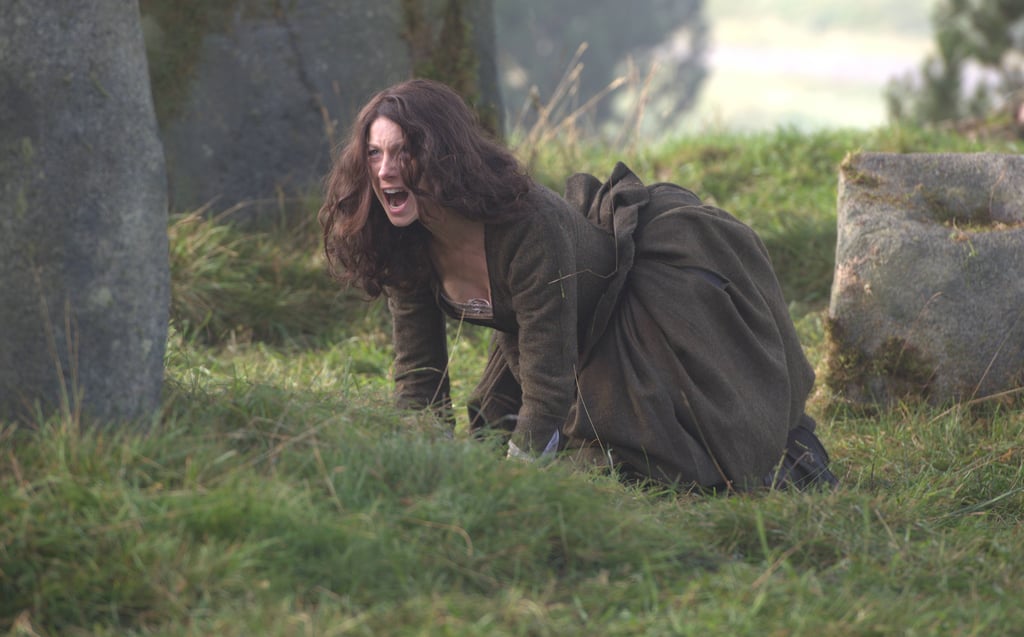 Starz's hit period drama Outlander is by no means lacking in acting prowess, spearheaded by the incredible performance of Caitriona Balfe as Claire, a World War II nurse who finds herself traveling back in time to 1740s Scotland. Over four seasons, Claire has been put through the wringer, finding and then losing (and then finding again) the love of her life; having and losing children; and fighting off threats at every turn. Balfe is simultaneously headstrong, tender, gut-wrenching, and hilarious — sometimes within the same scene.

It is no surprise that she has earned various nominations (and three wins) from the Golden Globes, Saturn Awards, Scotland BAFTAs, and Critics Choice Awards. The only surprise is that she hasn't earned an Emmy nomination.

Before season five is upon in February 2020, let's take a look at some of her best work on the show.