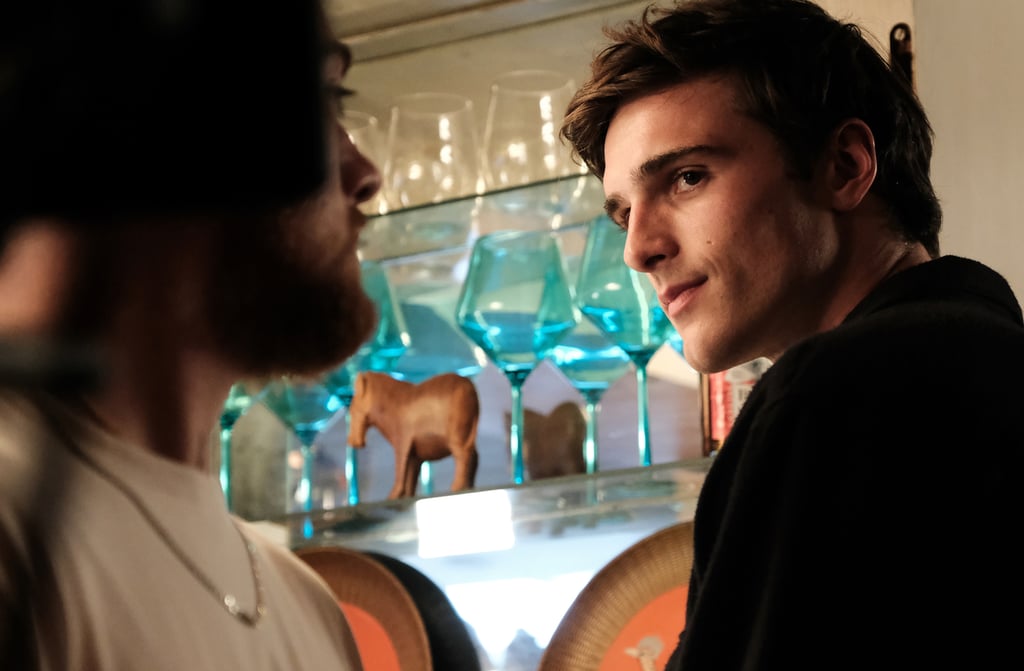 Nate, You Good? There's No Way Euphoria Killed Him Off . . . Right?

The premiere of Euphoria season two was wild! There's a lot of sex, gang violence, drug use, and manipulation that is setting us up for a wild ride ahead. One of the most unexpected moments is at the end of the episode when Fezco (Angus Cloud) finally gets his revenge on Nate (Jacob Elordi). If you recall, Fez warned Nate during season one to leave Rue (Zendaya) and Jules (Hunter Schafer) alone. The ever-so-messy and power-hungry Nate then called the police on the drug dealer, leading to his place getting raided by the cops. Luckily, he was able to act quickly and flush all the drugs before police arrived, but that also meant flushing all his money down the toilet.

Season two sees Fez eyeing Nate at a New Year's Eve party. When the drug dealer approaches Nate, he makes it seem like he's ready to make amends. However, that's not the case. Instead, he smashes a bottle of alcohol against his enemy's head and proceeds to brutally beat down on the high school bully, leaving Nate unconscious. Maddy (Alexa Demie), Cassie (Sydney Sweeney), and McKay (Algee Smith) then carry out the jock to the tune of Cutting Crew's "(I Just) Died in Your Arms" before the episode cuts. But is that the end of it for him?

Related:
A Closer Look at All the New and Returning Cast of Euphoria Season 2
Previous Next Start Slideshow
Jacob ElordiHBOTVEuphoria