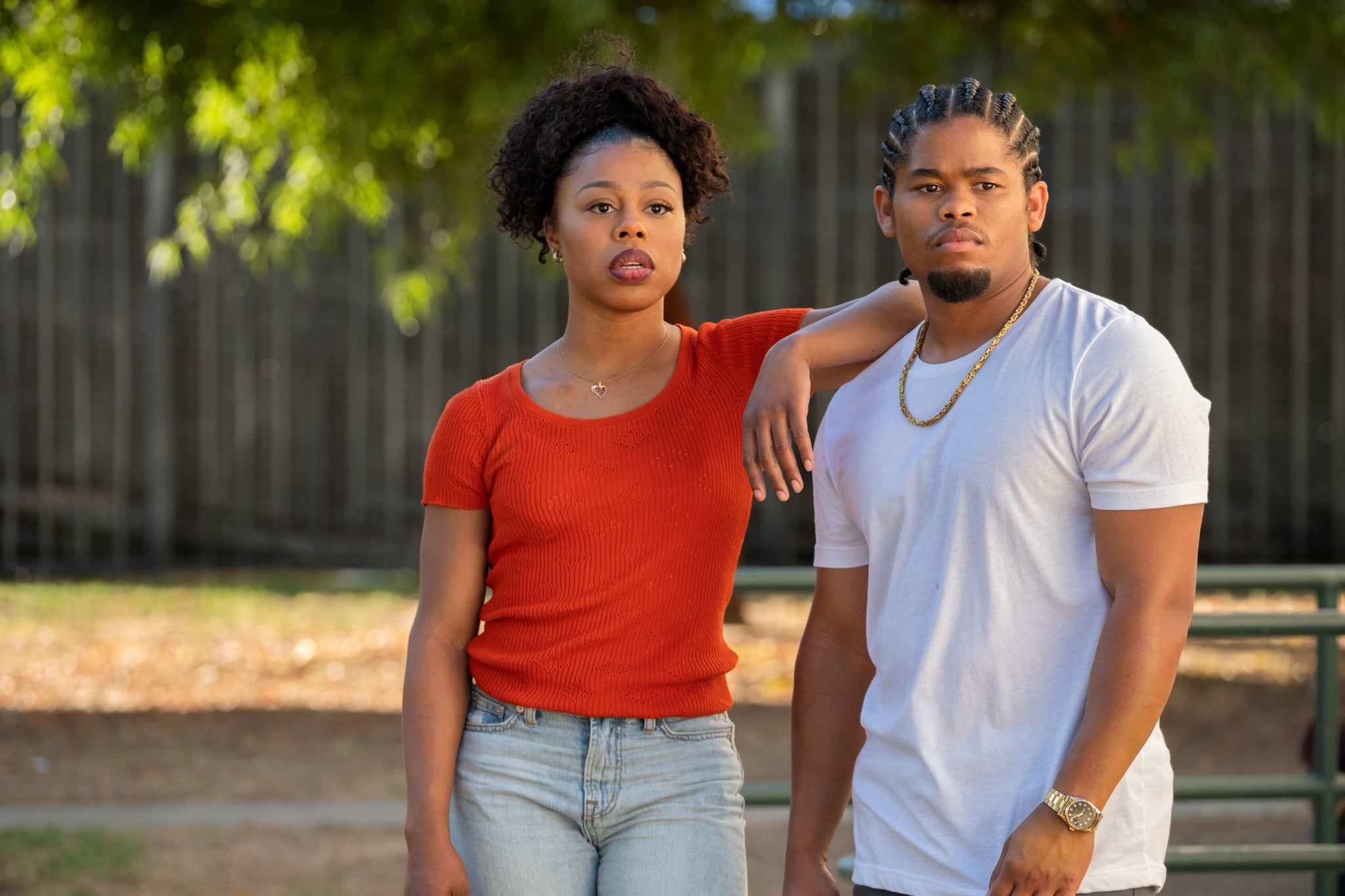 "Snowfall"'s fifth season is already off to a wild start. The 1980s-set crime drama — which premiered on Feb. 23 — picks up 15 months after the season four finale. While a new chapter of wealth and success has begun for Franklin (Damson Idris) and the Saint Family, a disaster is just waiting to happen as the LAPD knocks down their door.

"I feel like in season five, at this point, it's no longer about the family."

Last season of "Snowfall" showed how crucial it is for the Saint family to stick together in times of crisis. But according to Gail Bean — who portrays Wanda in the series — season five is the complete opposite. "I feel like in season five, at this point, it's no longer about the family," she tells POPSUGAR. "The family is feuding in every area, but I feel like everybody's focus is self-preservation. Their main goal is to take care of them and put themselves first. Everybody from Wanda to Franklin to Veronique and her baby to Auntie Louie and Jerome branching off on their own to Teddy trying to come back in the fold."

Related:
The Retro "Snowfall" Soundtrack Takes Us Back to the '80s

Season five opens up with the death of a college student who collapses in his dorm room from a cocaine overdose. We soon learn that student is actually Len Bias — the University of Maryland basketball player who died in 1986 just two days after being drafted by the Boston Celtics. After his sudden death on the show sends shockwaves across the country, the war on drugs cracks down and a firestorm is surely headed the Saint Family's way just as they're "on the verge of having everything they've ever wanted."

"At this point, Wanda wants [something] different for her life."

However, Bean's character Wanda is in a much better place than we last saw her in season four. Now that her addiction is under control, Wanda is focused on getting back on her feet. "At this point, Wanda wants [something] different for her life," Bean tells us. "She's been through the trenches and she wants to prove to herself that she is a fighter and also prove to everybody else she's not who they think she is."

"Snowfall" introduced Wanda in season two as Leon's (Isaiah John) girlfriend before she got addicted to drugs. Her journey from addiction to recovery is a rare one in the series, compared to others who have fallen victim to drugs — just take a look at what happened to Rob (Taylor Kowalski). Despite Wanda's past, Franklin is surprisingly the person who gives her a chance to redeem herself. "I think it was season three when Leon said, 'Wanda may be a lot of things, but one thing she ain't is weak,'" Bean recalls. "I think Franklin knows that more than anything. Everybody that's around him, they've been crumbling in one way or another because they have a weakness, but I think with Wanda, her only weakness was the [crack] rock and she's been able to overcome it." However, Bean does tease that Wanda may have another weakness: Leon — a possible rekindled romance set to be explored later this season.

"I definitely think season five is going to blow every season out the water."

"Snowfall" topped its success last year as season four proved to be its most explosive yet. But Bean has her own theory about season five, stating that it has the potential to surpass the buzz of season four. "Man, listen, I feel like every season gets better," she says. "[But] then we go and we see the season five premiere and I said, 'Oh my God, we did it again.'" Bean is confident that fans will be "so happy" with the fact that this season of "Snowfall" immediately starts off with a bang, compared to previous ones that pace the drama throughout.

"I definitely think season five is going to blow every season out the water," she declares. "Even the finale, when I read the script, I was like, '[Fans] are going to be scouring the internet trying to figure out what's going on in season six.'" Starting season five with a shocking death, of an OG character no less, took fans completely by surprise. But that's only a taste of the mayhem that'll ensue in the remaining episodes. Bean says even she couldn't come up with half of the madness that takes place this season. "I couldn't make that up," she says. "I improv, but I couldn't improv none of that." So take that as your warning to buckle up now.