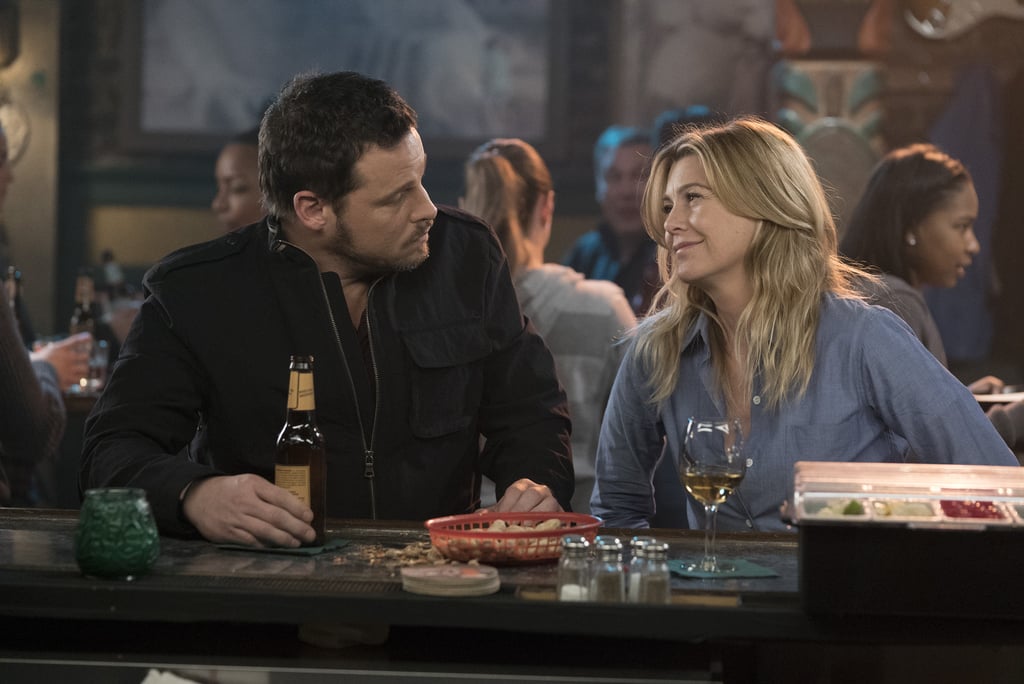 Grey's Anatomy: 12 Meredith-and-Alex Friendship Moments That Will Warm Your Heart

Perhaps one of the most devastating parts about Justin Chambers's departure from Grey's Anatomy is the disintegration of Meredith Grey and Alex Karev's rock-solid friendship. Alex wasn't always Meredith's person, but with Izzie, Cristina, and Derek gone, the two leaned on each other through the best and worst of times. There were a few times when we thought they might have gotten together — there's seriously a whole world of fan videos and fan fiction out there devoted to the Merlex ship (yes, I know Chambers is hot). Still, I'm glad that the showrunners resisted the urge to smoosh these two characters together romantically. Instead, their platonic relationship grew organically as they supported each other during heartbreaks, career twists, and other typical Grey Sloan drama. If you already have an Alex-shaped hole in your heart, relive the best friendship moments between him and Meredith over the years — we recommend grabbing a tissue or two.