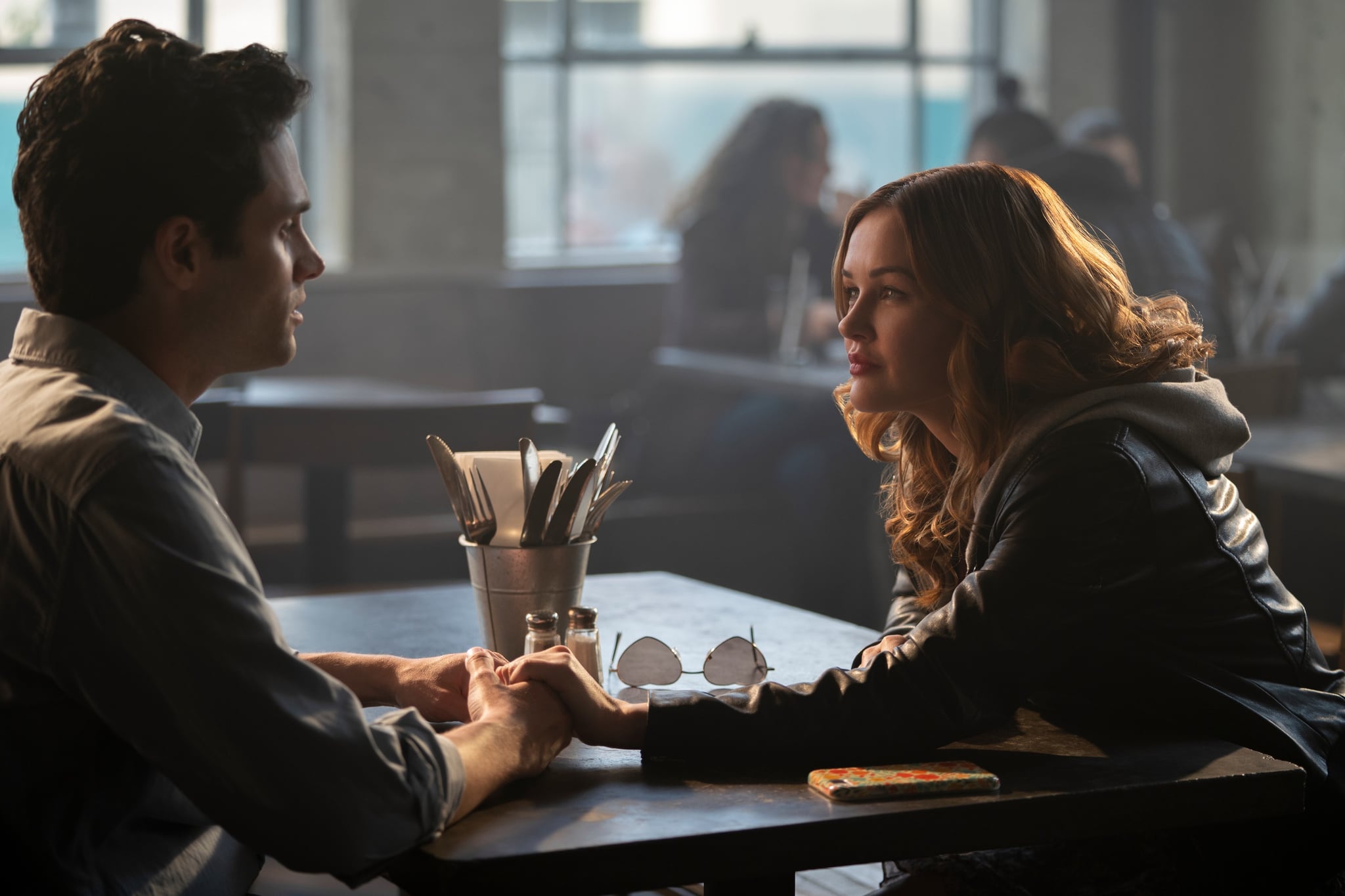 Season two of You contained more murderous twists and turns than you could have ever imagined. Joe finds a woman literally named Love in his idea of a hopeless place — Los Angeles. While escaping from his past (hello, Candace), the devilish serial killer finds himself in yet another elaborate block tower of lies, which all comes tumbling down by the jaw-dropping finale. Does Joe get his dark happily ever after? Well, kind of. Here's the deal with where season two leaves all the main characters before you start watching season three on Oct. 15.

The Truth About Joe's Childhood

The second season reveals a lot about Joe's childhood, especially regarding his early family life. Joe's father was abusive toward Joe and his mother. One day, when hearing his dad hurt his mom, a young Joe shot his father in the chest. In a flashback at the end of the finale, he gets separated from his mother and put in a group home.

Delilah figures out that Joe killed the pervy Henderson and tracks down his cage in Los Angeles. Because he has a nanny cam, Joe finds her there and locks her in, promising to release her once he finds a way to escape. However, he discovers her bloody, dead body in the cage after tripping on acid with Forty.

Candace, after pretending to be Forty's girlfriend and confessing to Love about Joe (who frames her as a stalker), reenters the scene when she hooks up with Forty on the acid-trip night. She finds out about Delilah, bringing Love to the cage and locking Joe in there. Right when we think Love and Candace are going to get out, Love stabs her in the neck and kills her.

The Deal With Love

In the final episode, we learn so much about Love, actually. She's not just an innocent Los Angeles chef. It turns out she's had a feeling about Joe all this time, that he's a kindred murderous spirit. Love, in fact, knocked out Forty and killed their au pair all those years ago. After killing Candace, Love tells Joe that she was the one who murdered Delilah and that she snooped around his history. She locks him in the cage with Delilah's corpse, saying she'll temporarily pin the murder on Ellie, Delilah's sister, and later frame it as a suicide. And just when he figures out a way to leave and kill her to protect Ellie, she confesses that she's pregnant and that it couldn't be Milo's because they used protection.

Forty Learns the Truth About Joe

After unraveling the details of Beck's book for his film adaptation and researching Dr. Nicky, Forty realizes Joe is a serial killer and contacts Dr. Nicky, who now follows the ways of Christ and warns Forty not to stay too close to Joe. (He doesn't listen, which costs him later.)

After attending Sunrise and Lucy's wedding, Joe and Love stop by the supermarket for Love to calm down her brother, who frantically texted her about Joe. There, Joe sees Ellie. Giving her money, he tells her that her sister is gone and that she should get out of Los Angeles to protect herself from the Quinns. Ellie takes his cash and leaves, apparently to Florida, according to the postcards she sends him.

Love plays off her brother's panic as him being high. When Joe enters, Forty points a gun at him. Going on a real Crime and Punishment kick, Joe's ready to die by Forty's hands for repentance. But Detective Fincher, on Ellie's trail, kills Forty. The Quinn family use their money to facilitate a coverup and essentially wipe Joe's slate clean. We see Love months later, very pregnant with a baby girl and turning over a new leaf with Joe and her mother in a new home.

In the very end, however, Joe creeps on his new neighbor, which suggests his stalking and killing days may not be over yet.

Eric Dane
Nate's Dad's DVD Is Missing on Euphoria — Who Took It?
by Toria Clarke 14 hours ago

Identity
Why Do Latinx Shows Keep Getting Canceled?
by Johanna Ferreira 15 hours ago