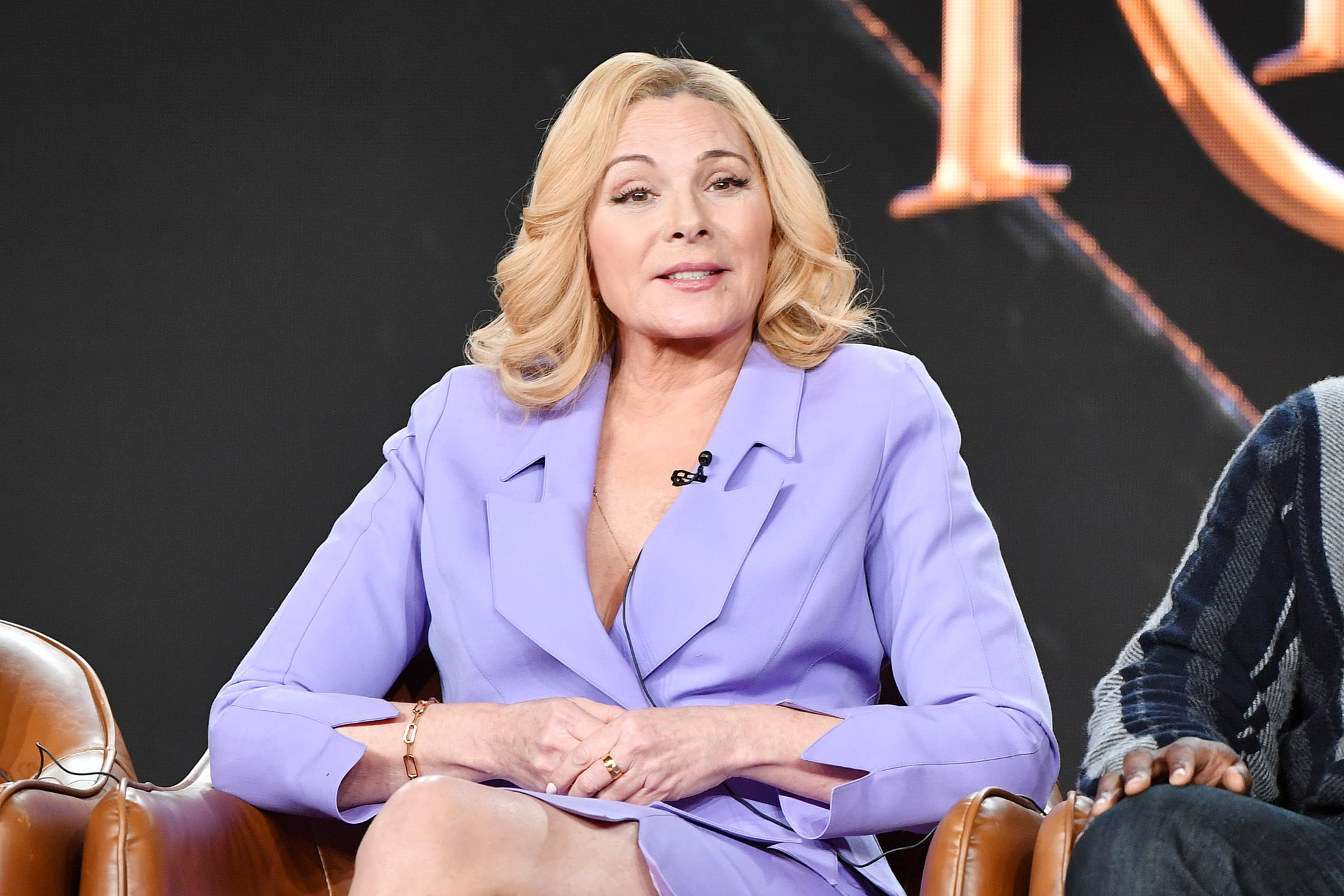 Kim Cattrall is finally opening up about "Sex and the City" and the fate of her infamous character, Samantha Jones. Fans of the '90s classic have been waiting to hear from the actor ever since it was announced that her character wouldn't be part of the HBO Max reboot, "And Just Like That." In a new interview with Variety, the "How I Met Your Father" star got candid about why she chose to walk out from her staple TV role.

"I also didn't want to compromise what the show was to me. The way forward seemed clear."

"It's a great wisdom to know when enough is enough," Cattrall said of leaving the "Sex and the City" franchise. "I also didn't want to compromise what the show was to me. The way forward seemed clear." In the new reboot, Cattrall's Samantha is noticeably absent as the show's main quartet has now shrunken to a trio. Her character is mentioned only a handful of times in reference to her and Carrie's (played by Sarah Jessica Parker) dissolved friendship, but fans have expressed their distaste for how her storyline is handled.

In her Variety interview, Cattrall confirmed that she was never asked to be a part of the reboot and found out about the series the same time fans did. After "Sex and the City 2" premiered, Cattrall made it clear she had no plans to reprise her role in any future projects — including the third movie that was never made. According to her, the script to the possible third film, which she previously read, is essentially the HBO Max reboot. But what didn't make the new show is a storyline involving Miranda's (played by Cynthia Nixon) son, Brady (Niall Cunningham).

Related:
The Sex and the City Reboot Won't Be the Same Without Samantha, but She'll Still Be Part of the Story

Cattrall confirmed that Samantha's plot would've involved her receiving unwanted "dick pics" from Brady, which the actor called "heartbreaking." Instead, Cattrall would've liked to see her storyline reflect the financial woes of the PR company she owned — something she thought could've been a "great idea" to help her character progress. "I would have preferred for all of us to have some kind of event to warrant a third film," she added. "That didn't happen. But also, I was ready. And this is exactly what I wished for: to be in different places playing different characters because I'm a character actress. And as difficult as it was, and as scary as it is to stand up and not be bullied by the press or the fans or whomever — to just say, I'm good. I'm on this track. It was so great working with you. I so enjoyed it, but I'm over here."

"Can you imagine going back to a job you did 25 years ago?"

Despite fans who hoped to hear from Samantha on "And Just Like That," Cattrall revealed that she was "done" with the "Sex and the City" franchise after the second movie. "Can you imagine going back to a job you did 25 years ago? And the job didn't get easier; it got more complicated in the sense of how are you going to progress with these characters? Everything has to grow, or it dies," she said. "I felt that when the series ended, I thought that's smart. We're not repeating ourselves. And then the movie to end all the loose ends. And then there's another movie. And then there's another movie?"

Related:
7 Plot Lines That Can Redeem "And Just Like That" in Season 2

Cattrall also briefly addressed her public fallout with Parker, who previously said she wouldn't approve of the actor reprising her role as Samantha. "Well, it would never happen anyway. So nobody has to worry about that," Cattrall remarked.

Though Cattrall has yet to see "And Just Like That," she considers her missed presence on the show "the greatest compliment I could have as an actor." She also noted that Samantha's feud with Carrie in the reboot "feels different than the Samantha that I played." "It's odd, isn't it? I don't know how to feel about it," Cattrall said of the franchise keeping Samantha in the franchise without her. "It's so finite for me, so it doesn't continue. I think I would ponder it more if I didn't have something like 'Queer as Folk' or 'How I Met Your Father.' . . . That feels powerful, that I've left something behind that I'm so proud of. I loved [Samantha]. I loved her so, so, so much. It's tough competition. The original show is in all of our imaginations. But for me, it feels clean."

The "And Just Like That" season one finale seems to have left the door open for Cattrall's character to possibly return in the future. But with new projects in front of her, Cattrall is content with moving on and closing Samantha's chapter for good. When asked if her return to "And Just Like That" was a definite no, Cattrall replied: "That's a no. It's powerful to say no."