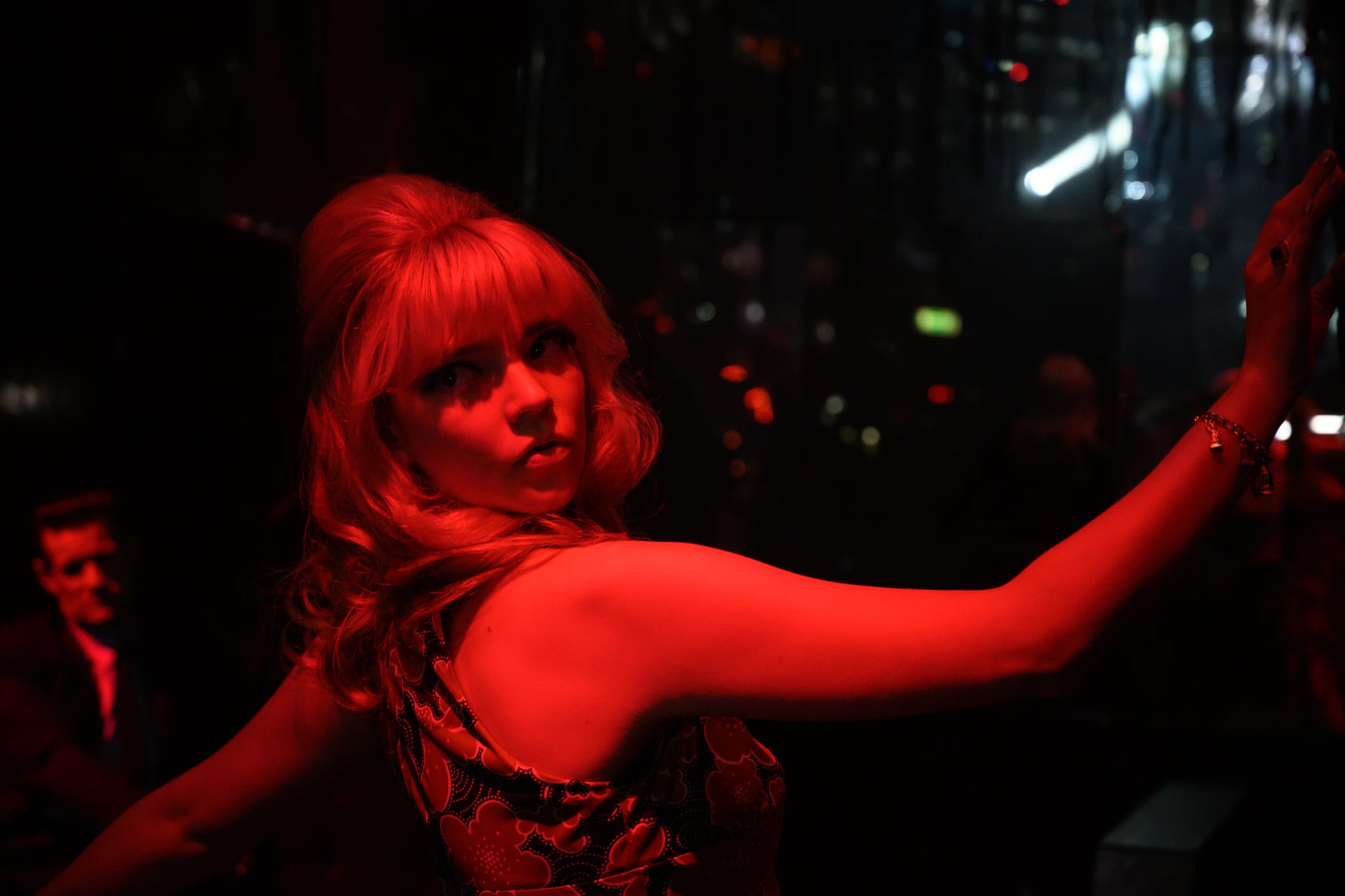 In the first trailer for the time-travel horror thriller Last Night in Soho, we get our first glimpse at Anya Taylor-Joy as Sandy, an aspiring singer in 1960s London. Whenever a character sings on screen, there's always the question of whether or not it's actually them singing, or if they've been dubbed with a pro singer. In the case of Taylor-Joy, perhaps unsurprisingly, the answer is yes, that's really her singing.

Singing on screen is something Taylor-Joy has been wanting to do for a while now, and after a brief comic scene in Emma, she's getting to stretch those muscles even more as Sandy. As she told Den of Geek in 2020, she's actually loved singing all of her life, which her family can attest to. "They're like, 'Where do we find the button to switch you off?' because I'm always singing and dancing, and being a general nuisance," she revealed.

Her performance in Last Night in Soho is a far cry from Emma, in which she sang in an intentionally over-the-top scene depicting her character's overconfidence. When she spoke with POPSUGAR, Taylor-Joy revealed that even she was shocked that she was chosen to sing a rendition of the iconic song "Downtown." "I think I was mostly just shocked because Edgar [Wright] had never heard me sing when he gave me the role," she said. "I was like, 'Oh, you might want to check out that one just in case.' But it was really, really magical. I'm so grateful to him, because he approached it from the point of view of the character and asked me how I thought Sandy would present this song. I thought that the best way for the audience to get to know her was to have it a cappella and stripped back and slower. I thought that was more truthful to the film."

On Oct. 20, Taylor-Joy shared a clip of herself singing her downtempo version of "Downtown" with a caption that read, "It's not every day you're asked to record several versions of an iconic song. The sounds of the 60s was what first made me fall in love with music so I was overjoyed when Edgar asked me to give it a go." Watch the official video ahead.