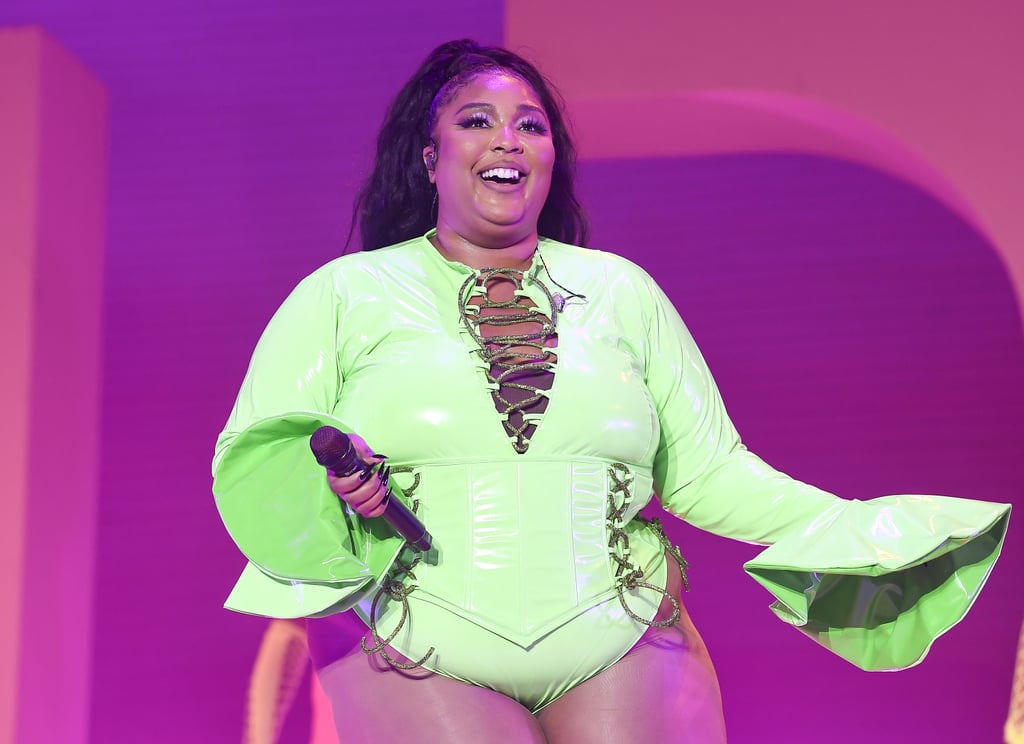 Take a scroll through TikTok's FYP and chances are you'll come across at least one creator breaking it down to Lizzo's latest bop, "About Damn Time." Released in April ahead of her "Special" album drop this summer, the catchy single has inspired an equally as catchy dance challenge that's flooding social media and sending the track to the top of music charts left and right.

It all started when 22-year-old dancer Jaeden Gomez created a routine set to the song's second verse and shared it on TikTok, tagging Lizzo in the caption. A few days later, the Yitty founder herself executed the moves in a video, writing "Love this dance tbh" and giving Gomez a shoutout as the original creator. Since then, she's done the dance multiple times, including once in the middle of the desert wearing a black bikini and once at the Met Gala in her corseted Thom Browne dress. Hundreds of TikTok users, including Joe Jonas, Jenna Dewan, Bretman Rock, and Jonathan Van Ness, have followed suit and memorized the upbeat moves.

"I actually felt like I was in a fever dream," Gomez tells POPSUGAR of her reaction to seeing Lizzo perform her dance on TikTok for the first time. "Knowing that my dance is not only blowing up on TikTok but has now moved to Instagram is so outstanding. All the love we are both getting is absolutely amazing." Currently pursuing a full-time dance career in Los Angeles with hopes of going on tour with an artist, Gomez also touched on the value of recognizing TikTokers for their original creations, as Lizzo has consistently done with her. "Giving the dance creator credit is a very important thing in the dance community," she says. "[Lizzo] constantly knows how important it is to the dancer to showcase their work."

"The lyrics are empowering and strong, so the moves had to match the vibe."

Gomez's routine kicks off as Lizzo sings "About Damn Time"'s second verse: "In a minute, I'ma need a sentimental / Man or woman to pump me up. Feelin' fussy, walkin' in my Balenci-ussies / Tryna bring out the fabulous." Gomez was inspired by the upbeat energy and lyrics while stringing together each finger point, body roll, and arm movement. "There's a lot of meaning behind the moves; they really correspond with the lyrics," she says. "The lyrics are empowering and strong, so the moves had to match the vibe — sassy and lots of attitude."

After seeing how much buzz the dance has created, Lizzo shared a sweet message on Instagram expressing her gratitude. "I've never had a viral dance song before… y'all got my eyes sweatin," she wrote. "S/O to everyone doing the dance to 'About Damn Time' y'all helped it shoot up 41 spots on @billboard."

If you don't already have "About Damn Time" permanently stuck in your head, read on to check out our favorite videos of TikTokers crushing Gomez's dance challenge — and to watch her tutorial for those who want to learn the moves.

Beyoncé Knowles
Yes, Beyoncé's Lyrics Were Ableist. There's a Lot More to the Story.
by Maggie Ryan 3 days ago