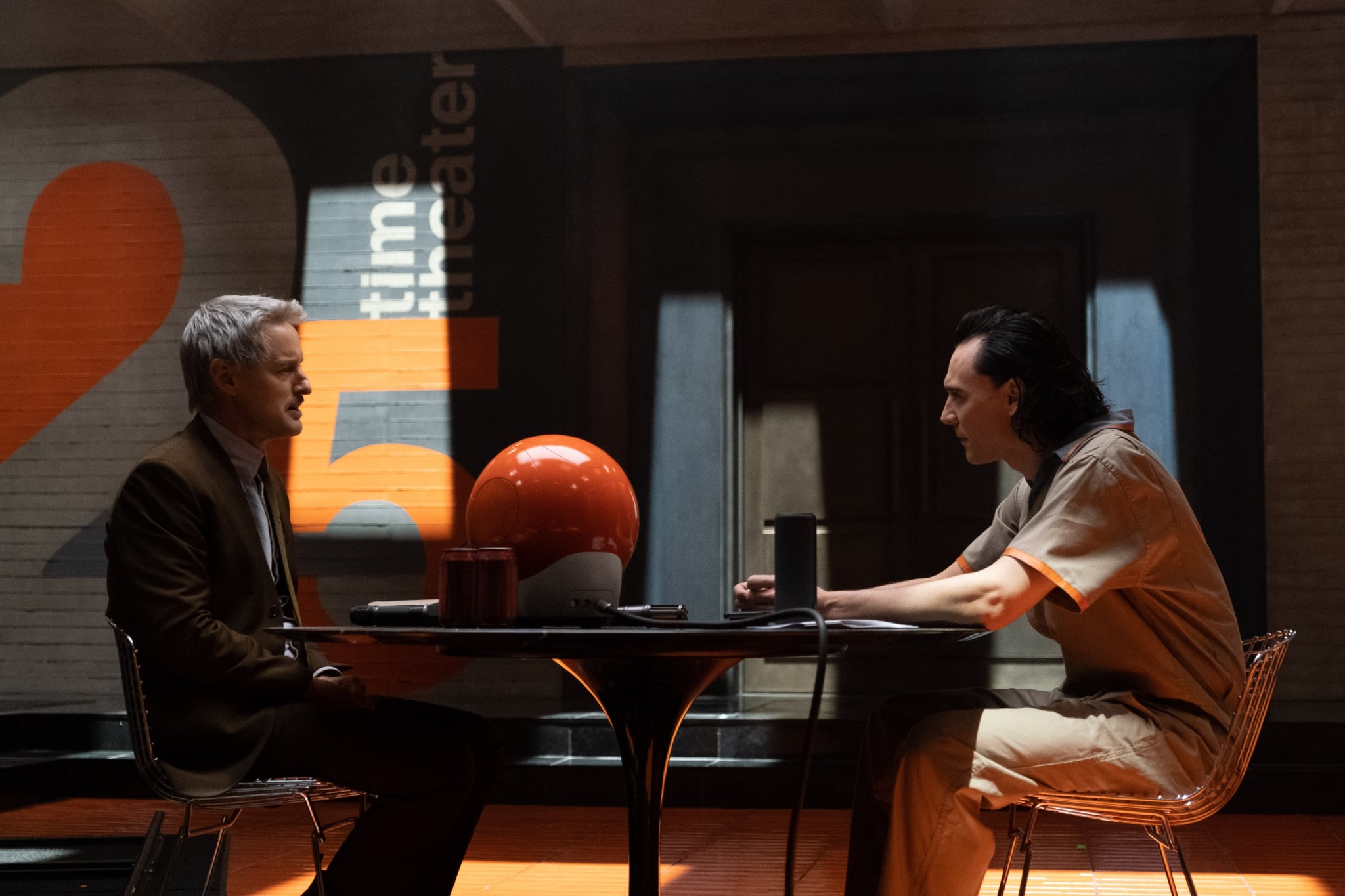 The first episode of Loki on Disney+ may not have the traditional post-credits scene, but that doesn't mean the credits sequence is totally without meaning! Like the two previous Marvel shows, the Loki credits are themed in line with the show's premise; in this case, they appear to be depicting the inner workings of the Time Variance Authority. Look closely, though, and you get a few details about what might be coming next.

Most of the details are blink-and-you'll-miss-them references that seem to hint at trivia from the comics. For instance, a quick shot of Loki's TVA file shows all the expected info: a picture of him, his name, his aliases, his world of origin, and other assorted administrative info. Under the "gender" segment, though, the text reads "FLUID." For movie-only fans who are used to Loki presenting as a cisgender man and only ever apparently using male pronouns, this might be surprising, but comics fans know it's not a shock at all. In fact, Loki's fluid gender identity goes all the way back to the underlying Norse mythology, and it's the reason why we've all been speculating about the possibility of Lady Loki — a female version of Loki who appears in an arc in the comics — appearing in the series.

Scattered throughout all the bureaucratic stuff in the credits are also a few papers that might catch your eye. In several spots, we can see forms labeled "Apocalyptic Event Report," suggesting that the TVA is familiar enough with these events to have forms to record them. Next to one, on a crime board of sorts covered in equations and scribblings, there's also a sketch of a mysterious man with a mustache who could be either just a random person or someone very significant that we simply don't know about yet. That's always the question with Marvel: is a detail just random, or is it hinting at something much bigger?

There's one other thing worth noting in the end credits, and it's linked to one of the main characters we meet in the episode. At one point, we catch a glimpse of what looks like a manual about variants, aka people like Loki, who intentionally or inadvertently throw off the "sacred timeline" and require intervention. One diagram seems to depict a stick figure of a variant getting somehow split by a doorway, like the TVA's portals. More importantly, on the adjacent page labeled "Side Effects," there's a paragraph describing twisting a strip of paper and putting the ends back together again — also known as a Mobius strip, a strange object that has unusual properties like having only one geometric side and staying intact when cut in half. Owen Wilson's character is literally named Agent Mobius, so is this a reference to him? There's a lot to unpack in this credits sequence, but only future episodes will tell whether these details are important or just fun to notice.