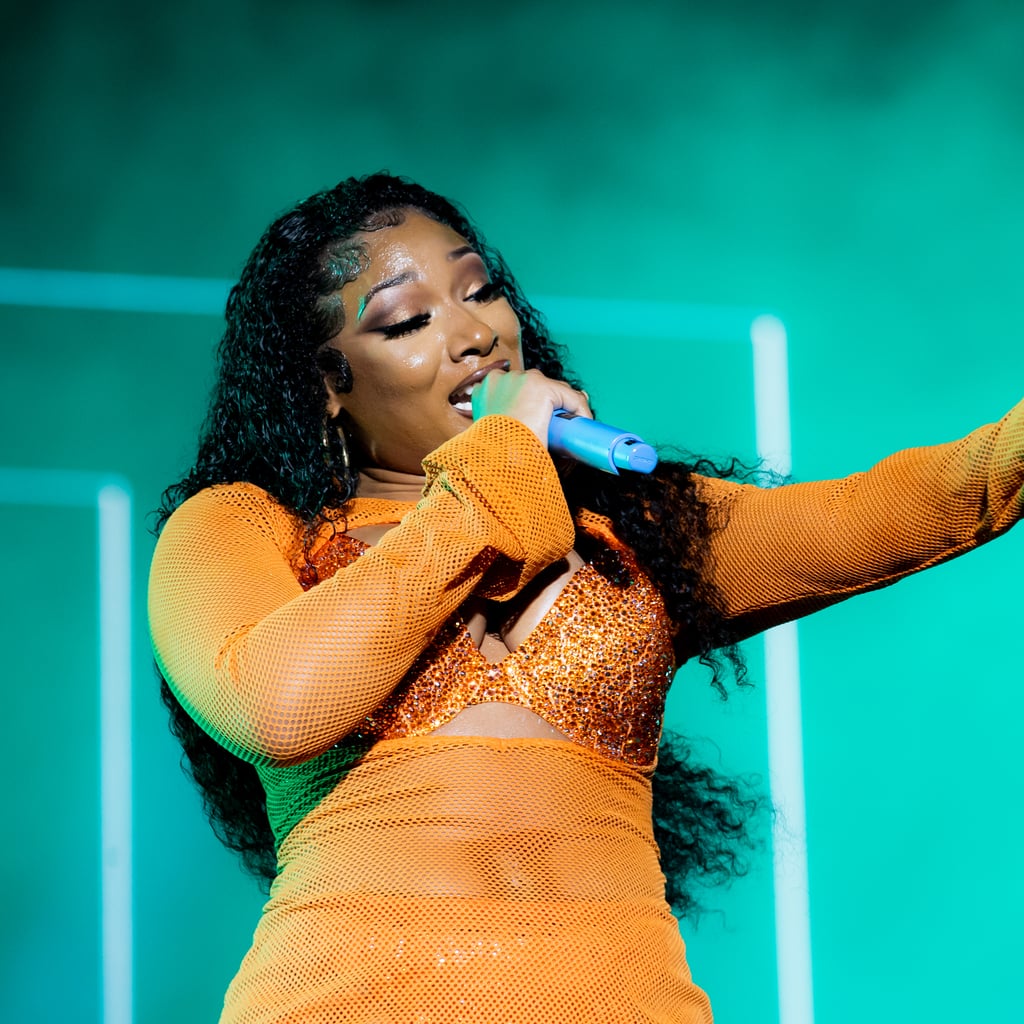 Megan Thee Stallion is back with new music, and we couldn't be happier! After teasing the release of Something For Thee Hotties: From Thee Archives, the Grammy-winning rapper has finally dropped her new compilation project that's full of old standout freestyles and new unreleased material. According to Megan, she released the new project as her "gift to my hotties" to hold her loyal fans over for the rest of the year.

"It is literally something for the hotties," she said during her Apple Music 1 interview. "It's all the freestyles that are recent over original beats. That the hotties have been asking me to put on streaming platforms, and it's just a sprinkle of some new things." The rap star also shared that she recorded so much music this time around, she's saving some of those new songs for the album she'll be releasing next year. But in the meantime, she wants her latest offering to be the project fans enjoy all throughout the holiday season. "This is my gift to them for Halloween, for Christmas, for Thanksgiving," she said. "Y'all better be turning up for the rest of the year."

Something For Thee Hotties: From Thee Archives is the first full-length project that Megan has released since her debut album, Good News, dropped almost this time last year. And unlike that album, Megan is the only superstar to appear on this new compilation project. After listening to the project, it seems like our predictions were right and Tina Snow has officially returned. Fans have been eager to hear from the rap star's alter ego ever since she dropped her hit mixtape, Tina Snow, way back in 2018. Megan's raw rap persona is why many people fell in love with her style to begin with, so we're glad to hear those same hard-hitting bars are back in full force on songs like "Eat It," "Megan's Piano," "Warning," "Let Me See It," and others.

Something For Thee Hotties: From Thee Archives is out just in time for Halloween weekend and available to listen to on all major streaming platforms. Ahead, check out Megan's full Apple Music 1 interview and all the songs on the new project.