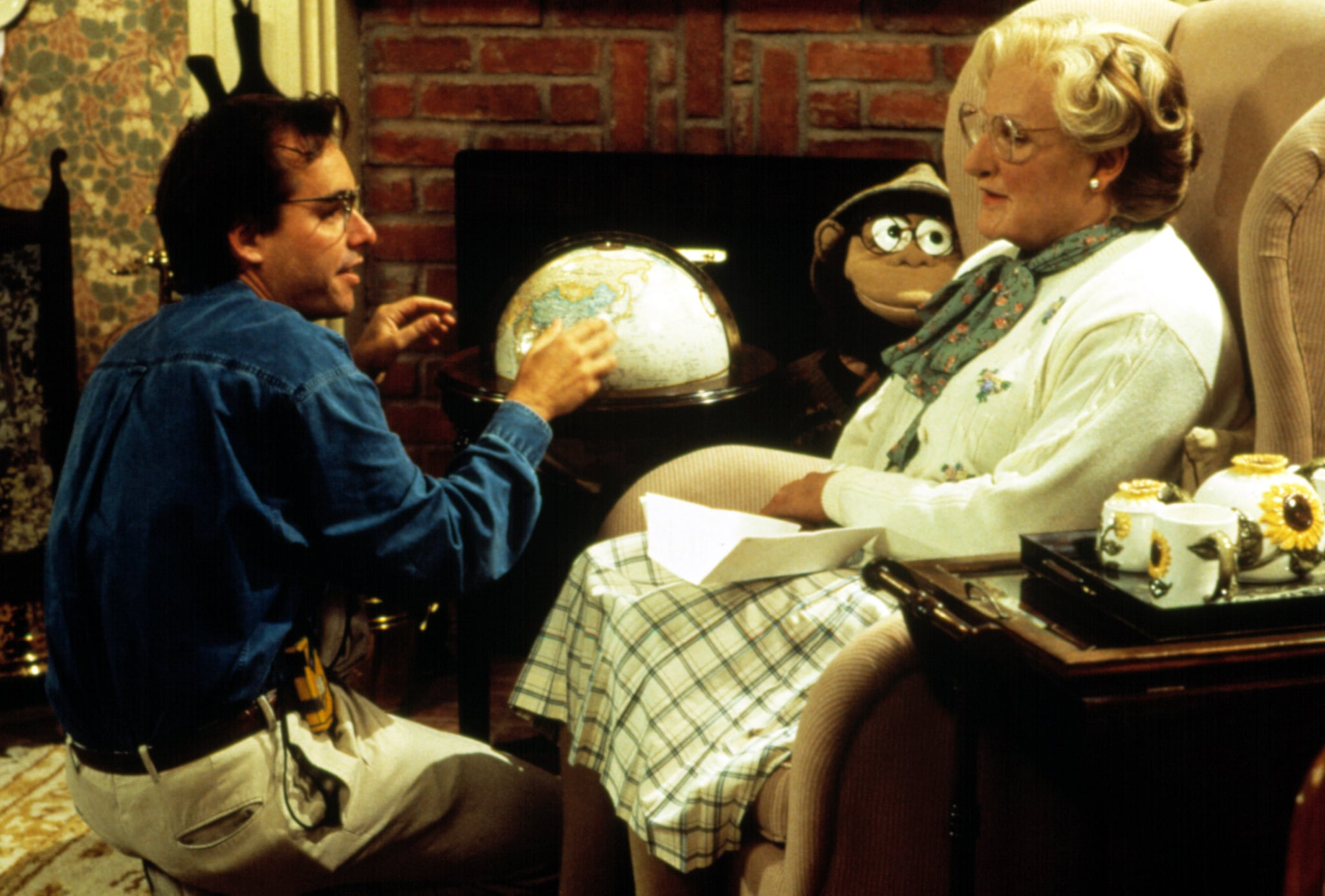 We're going to get right to the heart of things — there is no NC-17 cut of the well-loved classic film Mrs. Doubtfire. On March 18, a tweet went viral after claiming there are several cuts of the film thanks to comedian Robin Williams's love for off-color improv. The tweet got its information from a 2015 interview in which director Chris Columbus said he ended up with four different cuts in the editing room, "literally, a PG rated version of the film, PG-13, R, and NC-17."

Columbus set the record straight, telling Entertainment Weekly that although there is no NC-17 cut, there are three distinct cuts, including an R-rated one. The director explained that he struck a deal with Williams in which the star was to complete at least three scripted takes before he could "play" and do "anywhere between 15 to 22 takes." Williams would come up with new lines with each take, with 22 being the most takes Columbus remembered him doing. "He would sometimes go into territory that wouldn't be appropriate for a PG-13 movie, but certainly appropriate and hilariously funny for an R-rated film. I only [previously] used the phrase NC-17 as a joke. There could be no NC-17 version of the movie," he added.

We can imagine the ribald jokes Williams would have been able to make in the most audacious takes for the family comedy, which follows a divorced actor (Williams) who disguises himself as a woman housekeeper to spend time with his children when his former wife gets custody of them. The theatrical version was PG-13 when it dropped in 1993, and even that cut contained some salacious jokes that we've only noticed as we've grown older!

But there's hope for fans who have been clamoring to see the film's different cuts. Columbus said he's open to making a documentary on the making of the film and allowing people to see the other versions, including the R-rated cut. The director admitted that he doesn't remember most of it since it's been such a long time, but he's already begun thinking of the documentary's format. He shared that the best approach could include interviews with Columbus, editor Raja Gosnell, and producer Marsha Garces Williams. But none of this is to take away from the theatrical cut of the film, which Columbus referred to as the "definitive cut." "I'm very proud of the film . . . I'm in a good place with Mrs. Doubtfire, so there's really no reason to do the definitive cut. The definitive cut of Mrs. Doubtfire is out in the world right now," he said.

Anyone who's watched Mrs. Doubtfire would happily agree, but we'd still be down for that hypothetical documentary. Fingers crossed that viral tweet has gotten the wheels turning enough that we see it come to life!