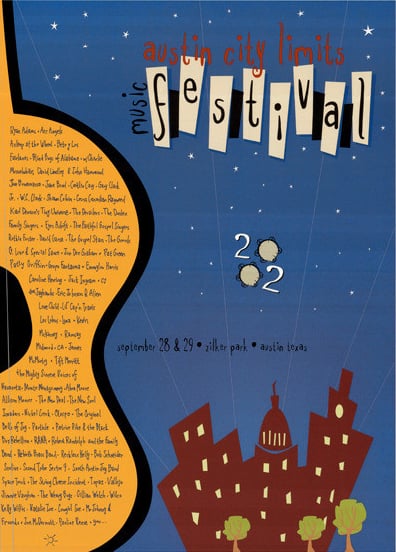 Named after the popular PBS concert series, Austin City Limits is a three-day music festival that first hit the scene in 2002. The music-driven TV show originally featured country and folk artists from Texas, but it's evolved to include a variety of genres, and the festival has followed suit.

The 2002 lineup included artists like Ryan Adams, Shawn Colvin, Los Lobos, and Patty Griffin. As the festival has grown larger and more popular, big names like The White Stripes and Dave Matthews have made appearances. In 2013, the headliners were Depeche Mode, The Cure, Muse, Kings of Leon, and Vampire Weekend.

Jennifer Aniston
Yup, You Can Stay in Monica and Rachel's NYC Apartment From Friends For Just $20!
by Haley Lyndes 2 days ago