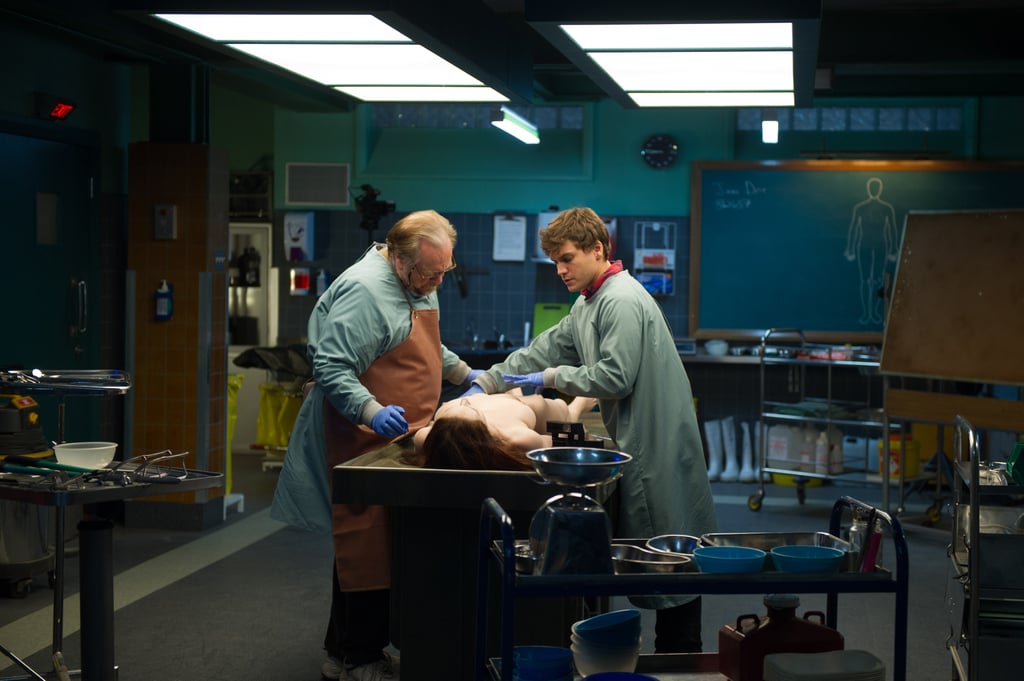 The Autopsy of Jane Doe

What you're in for: A mortician has his son help him work on a mysterious, unidentifiable corpse that was recently unearthed by the police at a home in town where a triple murder took place. Over the course of the night, things in the morgue begin to go awry, and the pair begin to realize the dead woman on their table has something to do with it. (This movie is a personal favorite of mine, and I highly recommend giving it a shot!)

Watch The Autopsy of Jane Doe on Netflix.

Previous Next Start Slideshow
HalloweenNetflixMoviesHorrorNetflix Roundup
Around The Web

Nostalgia
If The Best Man Is Still Your Favorite Movie, Here's What to Watch as a Double Feature
by Camila Barbeito 7 hours ago

Netflix
Did Anyone Else Totally Miss the Sentimental Accessory Simon Wears in Bridgerton?
by Victoria Messina 7 hours ago

Zac Efron
High School Musical: It's Time to Finally Admit That Everyone Owes Troy Bolton an Apology
by Mekishana Pierre 10 hours ago

by Kristin Harris 14 hours ago