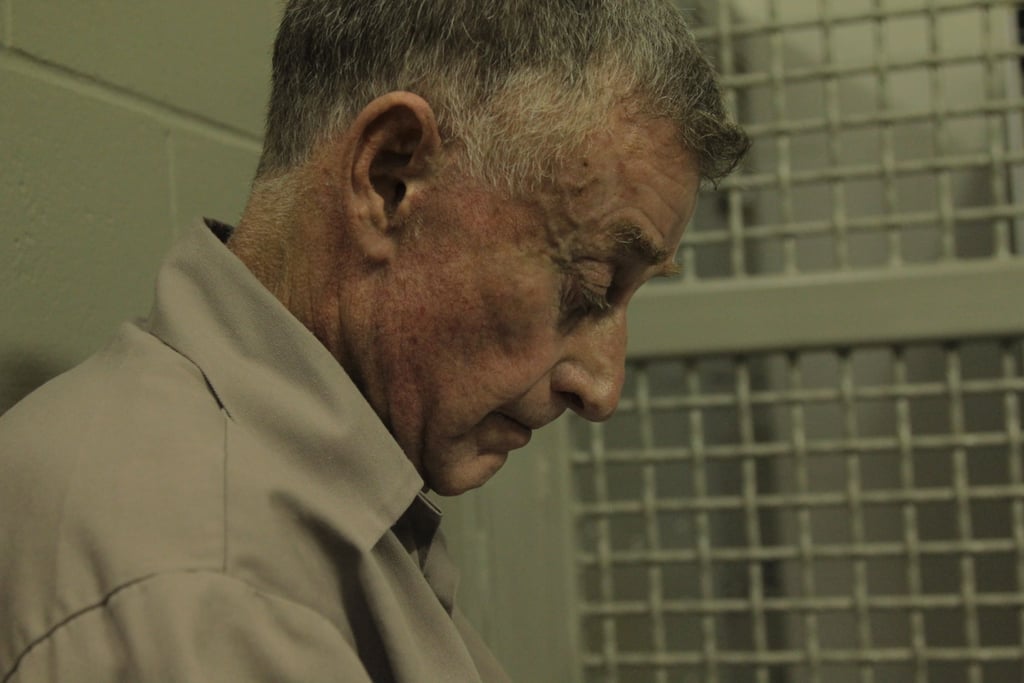 On the surface, this is the story with the strongest evidence — but that evidence has been put under question over recent years.

Prosecutors claimed at the time of the trial that Michael had used their family blow poke to beat Kathleen to death . . . but there was no blow poke to be found. This was suspicious to the prosecution, and Michael's son found the blow poke toward the end of the trial. There was no blood on it or damage, so it was ruled out as a murder weapon. In The Staircase, Michael and his team found out that investigators had discovered the blow poke early in the investigation and even took pictures of it, but never gave this information to the defense team.

The crime scene pictures are pretty damning. Michael's wife Kathleen lay in a pool of blood with seven deep lacerations to her head. According to forensic scientists, the blood did not look fresh and the wall appeared as though it had been washed. There were blood drops in Michael's shorts and a bloody shoe print on Kathleen's pants leg. It also struck investigators as strange that he wore shorts when it was 51 to 54 degrees Fahrenheit outside.

Besides the physical evidence, the court also admitted circumstantial evidence. Investigators found gay pornography on Michael's computer, as well as correspondence with male escorts. Michael asserts that Kathleen had known about his sexuality and trysts with men. On the flip side, prosecutors claimed that Kathleen did not know and that he murdered her when she found out.

Then, there are the eerie parallels between his wife and Elizabeth Ratliff's deaths. When he lived in Germany with his ex-wife, Michael had been friends with Elizabeth, who was a widow with two daughters. In her will, Elizabeth indicated that she wanted Michael to take care of her daughters and her personal properties. Elizabeth was eventually found at the bottom of her stairs with lacerations on her head, with Michael being the last person to have seen her alive. Her death was presumed to have been due to a cerebral hemorrhage. Her body was exhumed two decades later for Michael's case, and American investigators ruled her death a homicide, though did not charge him for her death. Michael did in fact adopt her two daughters, who stand by his innocence to this day.

In 2003, the Durham county jury found Michael guilty of murder and sentenced him to life in prison without the possibility of parole.

Then again, there is reason to doubt this theory. In 2010, the defense team dug up forensic incompetence in the case by a blood analyst named Duane Deaver, who had been accused of falsifying evidence on other cases. In 2011, Michael, who had spent eight years in prison, was granted a retrial hearing. Michael's team called for a dismissal, arguing that most of the evidence had been, by now, contaminated because of movers and improperly sealed evidence bags. They also found out that Kathleen's clothes were never tested for DNA. The judge would later deny the motion, asserting that the DNA testing fell on the defense team.

Netflix
Too Hot to Handle's Desiree Burch Promises Season 2 Is a Wild Ride: "The DTF-ness Is at 11"
by Monica Sisavat 4 hours ago

Josh Gad
10 Points For Gaston! Here's What We Know About the Beauty and the Beast Prequel Series
by Grayson Gilcrease 10 hours ago

Netflix
What the F*ck Is Netflix's Sexy Beasts, and Why Are We So Invested in It?
by Grayson Gilcrease 12 hours ago