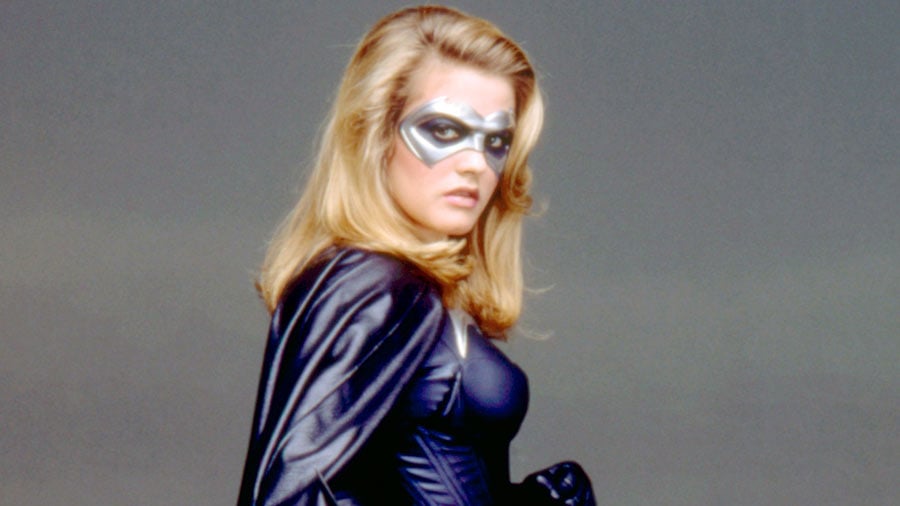 The original Batwoman was introduced in the 1950s as a love interest for Batman. Her real name was Kathy Kane and her utility belt featured weapons disguised as makeup and jewelry because . . . 1950s, y'all. But this version of Batwoman was retired in the 1960s because Batgirl was introduced in 1961 and quickly became more popular than the senior crimefighter. (Probably because Batgirl wasn't trying to thwart villains with a tube of lipstick.)

Anyway, the first iteration of Batgirl was actually called Betty Kane and was a niece to Batwoman, but that character was completely revamped a few years later to become the modern Batgirl we all know and love — Barbara Gordon, daughter of police commissioner James Gordon. She donned the mantle for over 20 years until, in a highly controversial 1988 storyline called The Killing Joke, Batgirl was shot by the Joker and photos of her naked, injured body were used to torture her father. The shooting left her a paraplegic and Barbara Gordon largely disappeared from the comics.

Related:
Before They Take Over Gotham, Meet the Cast of the New Batwoman TV Show

After that storyline put Barbara out of commission, three other women assumed the role of Batgirl over the next two decades: Helena Bertinelli, Cassandra Cain, and Stephanie Brown. But when DC did a major reboot with The New 52 relaunch in 2011, Barbara Gordon resumed the role.

Meanwhile, Batwoman stayed in retirement for over 40 years until the modern iteration was launched in 2006 — and this is not your father's Batwoman. This superhero is the alter ego of Kate Kane, a wealthy Gotham City heiress who puts her considerable wealthy toward fighting crime, much like her cousin Bruce Wayne does as Batman. Batwoman is also Jewish and a lesbian, making her the highest-profile gay superhero in the DC Comics universe, something star Ruby Rose is really proud of.